'Like a rainforest inside': What may have happened in abandoned Saskatoon luxury home 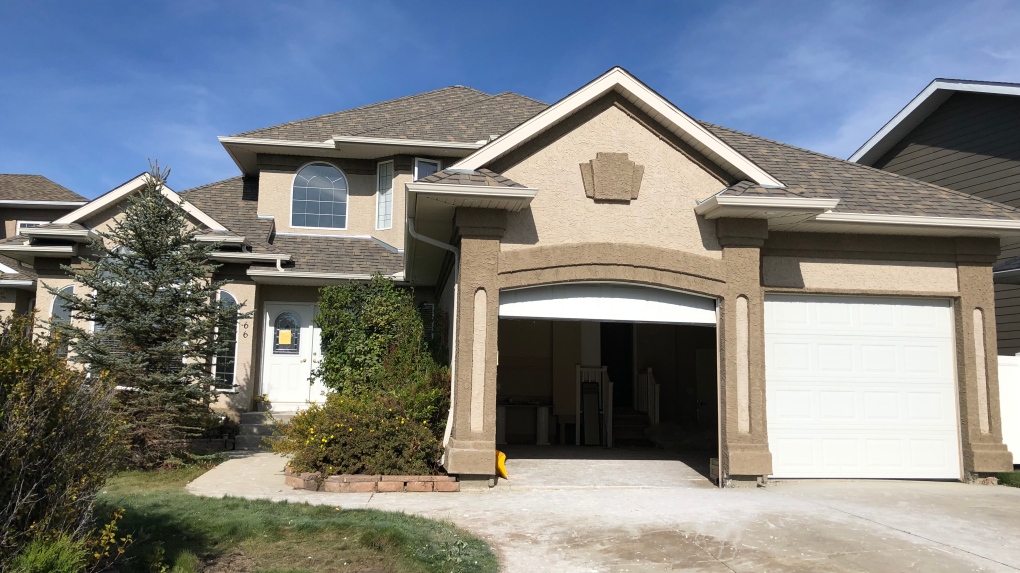 This house, vacant since 2016 according to the City of Saskatoon, is slated for demolition over concerns about mould growth caused after frozen pipes burst and the home flooded. (Carla Shynkaruk/CTV Saskatoon)

SASKATOON -- Conditions could have gotten so bad inside a deserted home in Saskatoon’s upscale Briarwood neighbourhood that it had its own muggy microclimate inside, a mould expert says.

The house, vacant since 2016 according to the City of Saskatoon, is slated for demolition over concerns about mould growth caused after frozen pipes burst and the home flooded.

"What happens when a house floods, then humidity gets really, really high. Then if the conditions get to the right point then it reaches dewpoint," said James Watson, CEO of got mold?, a Saskatoon firm which specializes in mould remediation.

"Then it’s basically like a rain forest inside of the house, it will just get everything wet and then keep dripping," Watson said, imagining a worst-case scenario inside the home.

In late September, condensation was clearly visible on the inside of the home's windows. The city first learned of the mould issue after complaints about a foul odour coming from the home.

Watson hasn’t been inside the house, located in the 100 block of Beechdale Crescent, but said he was approached by an investor interested in purchasing the home who wanted him to asses the mould last week.

Despite his professional curiosity about the house, Watson said he declined the job because the investor didn’t want to pay a $150 fee for the work.

A Court of Queen’s Bench judge pressed pause on the demolition earlier this month after a lawyer came forward and mounted a court challenge on behalf of the home’s owner, who the city says was previously unreachable.

A crew wearing protective gear was seen Sunday removing debris from the home.

Whether the home, once valued at $710,000, according to court documents, can emerge intact depends on how far and how deep the mould spread, Watson said.

"They may have to take it right down to sticks and it might not be worth it at that point."

A hearing to decide the future of the house is scheduled for Friday.