SASKATOON -- As a fierce winter storm system wound down Monday morning, road crews continued their efforts to dig out the city.

While the storm had already "blown through" before sunrise and was heading east, according to Environment and Climate Change Canada meteorologist Terri Lang, a frigid and blustery day is in the works for the city — with wind gusts up to 40 to 50 kilometers per hour resulting in winchills as low as -25 C.

"So people venturing out to shovel themselves out should make sure that they are dressed properly," Lang said during a city news confererence held over Zoom.

Lang also said another "weak system" would descend on the city Wednesday, bringing another two to five centimetres of snow.

Goran Saric, who oversees snow clearing for the City of Saskatoon, said the focus remains on "priority one" roadways, Circle Drive and other main arterial streets such as College Drive, Idywyld Drive, 8th Street and 22nd Street.

"Last night was very challenging for our crews, they were working hard," Saric said.

"It was a bit of a balancing act between plowing and grading and also helping Saskatoon Police Service and (the fire department) get to all the vehicles that were stranded on the street or in a snowbank, get them out and save them through the night. That was an additional challenge."

Saric said while the city's goal is to have roads cleared within 72 hours, he acknowledged the process could be delayed "a day or two" due to the volume of precipitation and snowdrifts — "waistdeep" in some locations — that were formed with the help of the 80 km/h gusts that whipped through the city Sunday. 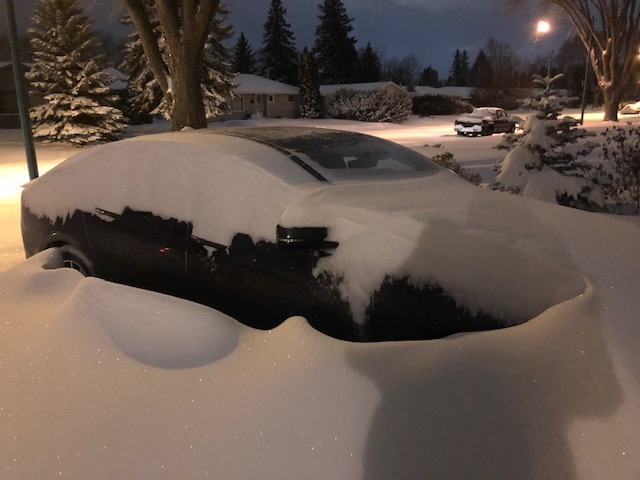 "Stay off the roads and avoid any unnecessary travel today. The combination of freezing rain, snow accumulation and high winds over the past two days have resulted in dangerous driving conditions," Saric said.

During the news conference, the city's emergency management director Pamela Goulden-McLeod warned that residents need to be thinking about the recovery process in terms of days, not hours.

"I think people need to be prepared and start thinking about how they can ensure their own safety over the next few days and how they can look out for their neighbours," Goulden-McLeod said.

She also implored Saskatoon residents to stay off the roads to give city crews the time they need to dig the city out.

"We really need the time for our response agencies to do their work and let's remember this was not a typical Saskatchewan winter storm. This was a significant event and we want people to stay safe and we want to give our city the time to recover," she said.

"If you have a small car it's not safe to be out there. At this point, you will create a hazard and we'll have to divert resources to support you."

If travel is unavoidable, Goulden-McLeod said only large four-wheel-drive vehicles can handle uncleared streets.. She also advised against heading out alone because it's likely the vehicle may still need to be pushed out of the snow along the way.

Goulden-McLeod also thanked the city's public and Catholic school divisions, the University of Saskatchewan and Saskatchewan Polytechnic for its decision's to cancel in-person classes for Monday.

"Some tough decisions had to be made by many organizations last night."

Goulden-McLeod said the city is also working with the Saskatchewan Health Authority to help essential staff traverse the streets in order to report for their shifts.

"No question in my mind, this is the biggest snow event we've had since the blizzard of 2007," city manager Jeff Jorgenson said.

"The city is littered, I would say, with small cars — with cars of any size, small SUVs who thought that they could navigate blizzard conditions," he said. "Those types of vehicles can not effectively move around the city right now."

Later in the day, the Saskatchewan Health Authority (SHA) issued a statement saying health care staff are having trouble getting to their shifts, and recommending patients re-schedule non-urgent appointments.

Also LifeLabs released a statment saying its five locations in Saskatoon would be closed Monday because of staffing issues. It expects to resume normal operations on Tuesday.

With respect to the civic election, Jorgenson said while polls were scheduled to open at 8 a.m., there would likely be delays.

In an update issued later in the morning, city officials confirmed some polling stations struggled to open.

"Election workers are experiencing difficulties getting to their polling places and some locations are not yet open. The Election Office asks voters for patience as city road crews work to respond to this weekend’s severe winter storm," the update said. 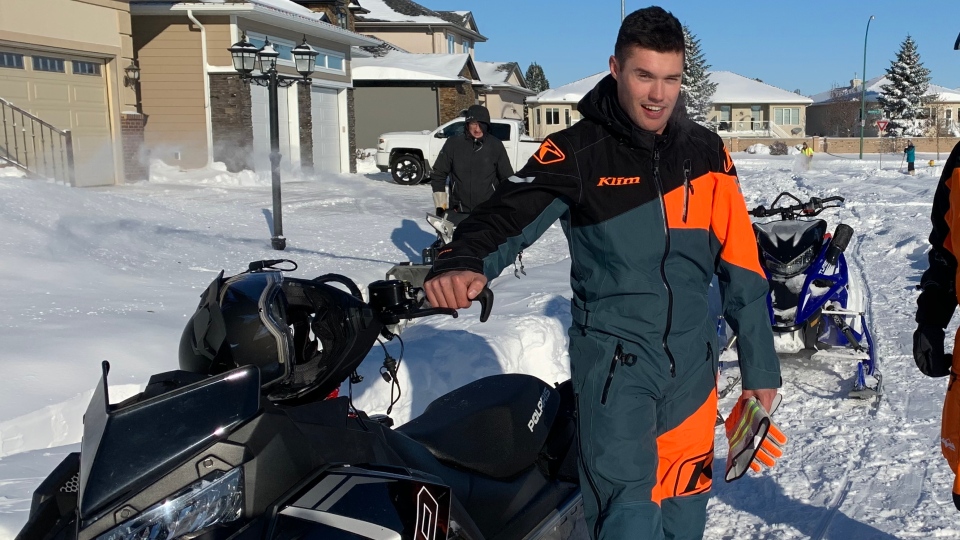 Brennen Miles traveled to his polling station by snowmobile.

He said election officials have not ruled out some kind of postponement after the province extended the option to municipalities earlier in the day in the wake of the blizzard.

"We're still reviewing those options to see what might be feasible," Bastian said, adding that a decision could be made by early afternoon.

With dozens of polling stations and around 600 workers, changing election day would not be a simple matter, according to Bastian.

Saskatoon Transit, which shut down around 9 p.m. Sunday, will resume service on major corridors with service expanded as more roadways are cleared, according to Jorgenson. 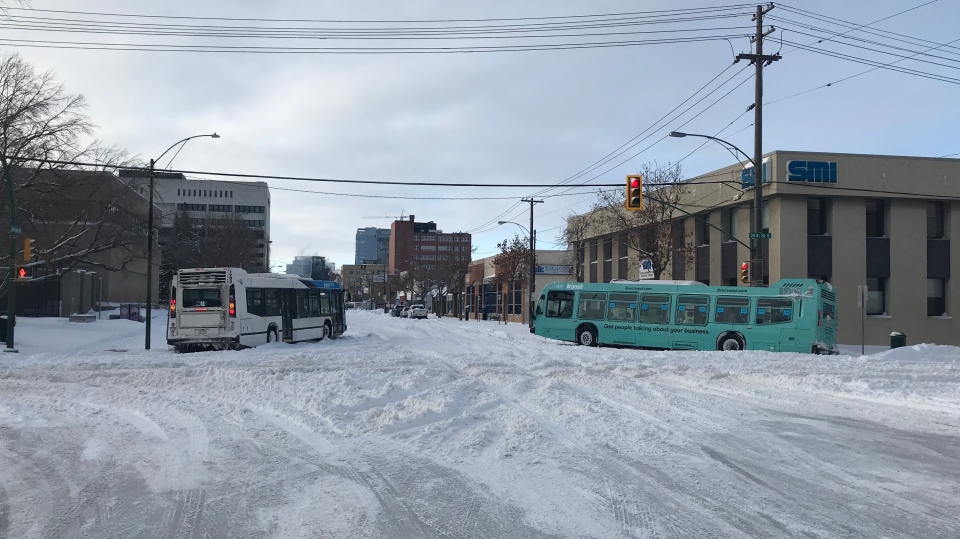 The city's "safe bus" program will also still be available. If someone is in need, they can hold their hand, palm facing out, towards a city bus and receive assistance.

During the update from the city, Sasaktoon Police Service said there had been nine crashes that required officers to respond.

Also on Monday, Saskatoon Public Library issued a statement saying all library locations are closed. However, polling stations at two of its branches, Frances Morrison Central and Alice Turner libraries, will remain open.