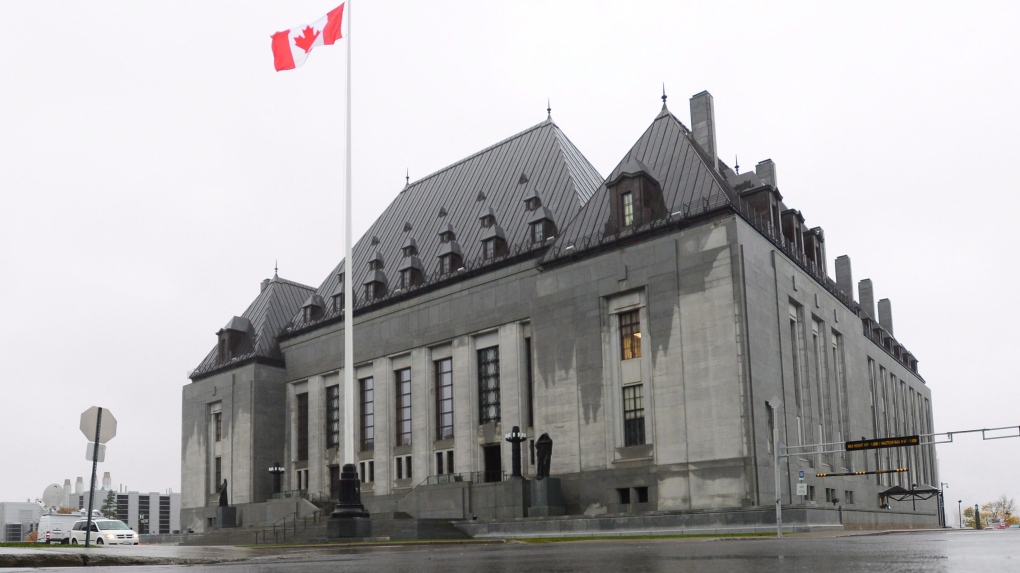 The Supreme Court of Canada is shown in Ottawa on Thursday Nov. 2, 2017. (THE CANADIAN PRESS/Sean Kilpatrick)

REGINA -- The lawyer for a young man who shot and killed four people in a school and in a home in northern Saskatchewan is asking the Supreme Court of Canada to reconsider his adult sentence.

Aaron Fox said he plans to seek leave to appeal to the country's highest court after the Saskatchewan Court of Appeal dismissed his client's sentence appeal in October.

The shooter was weeks shy of turning 18 when he killed two brothers at their home and a teacher and a teacher's aide at the La Loche high school in 2016.

Seven others in the school were wounded.

The teen pleaded guilty to first-degree murder, second-degree murder and attempted murder. He was sentenced as an adult to life in prison with no chance of parole for 10 years.

Fox had argued that his client should be sentenced as a youth, as cognitive and mental issues affected his maturity and level of blame. But the Crown said his level of planning the crime showed sophistication.

The Appeal Court ruled that it could find no errors in the judge's decision that a youth sentence was not sufficient to hold the shooter accountable. In a 2-1 decision, it ordered the adult sentence to stand.

Fox said Tuesday the dissenting opinion played a factor in deciding to seek leave to the Supreme Court.

"There's no question this is incredibly serious and horrific offence. There's no doubt about it."

But Fox said his client's cognitive issues were overlooked when he was sentenced as an adult.

"He was being treated as a youth up and to the time he was sentenced and was doing well in that environment," Fox said. "And so we think it would appropriate that he be dealt with as a youth."