La Loche RCMP seize alcohol, including 534 cans of beer, at roadside check stop, charge 3 people for trying to resell it 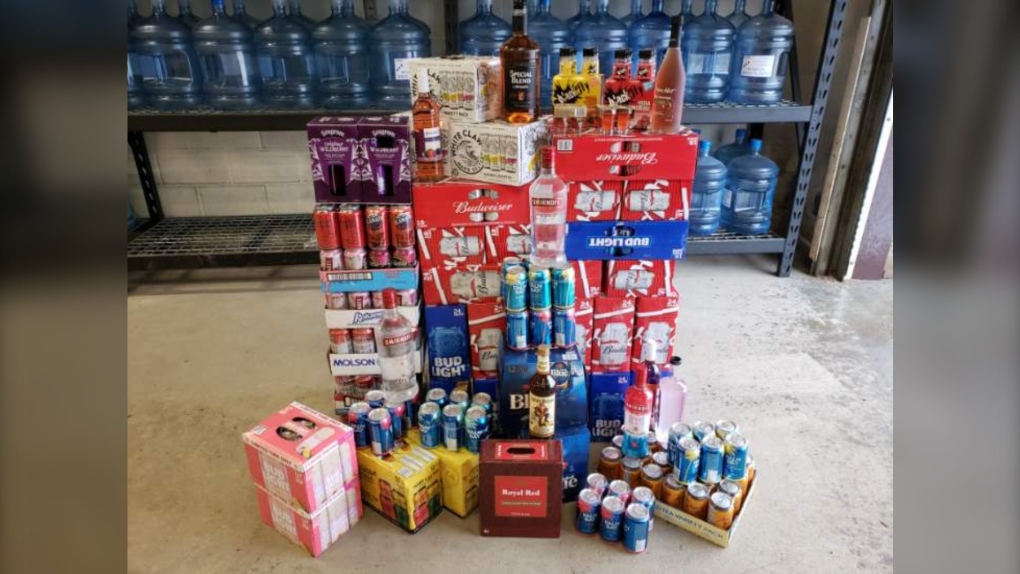 Large amounts of hard liquor, coolers and beer were seized from five vehicles at the check stop, according to the RCMP. (Courtesy RCMP)

SASKATOON -- La Loche RCMP have charged three people for attempting to bring alcohol into the village with the intention of reselling.

On Wednesday night, RCMP officers from the La Loche detachment were stationed on Highway 155, just south of the community’s limits and north of the provincial check stop, according to a press release sent out by RCMP Thursday.

The RCMP said this stationary roadside check stop was put in place to catch impaired drivers and prevent illegal possession of drugs and alcohol.

Officers said they received information that some residents from La Loche were leaving the village to buy alcohol and planned to bring it back to sell.

The RCMP said they were told by community members that a 24-pack of beer resold for $200.

Large amounts of hard liquor, coolers and beer were seized from five vehicles at the check stop, according to the RCMP.

On May 9, the province suspended alcohol sales in La Loche at the request of the village's council to help prevent the spread of COVID-19.