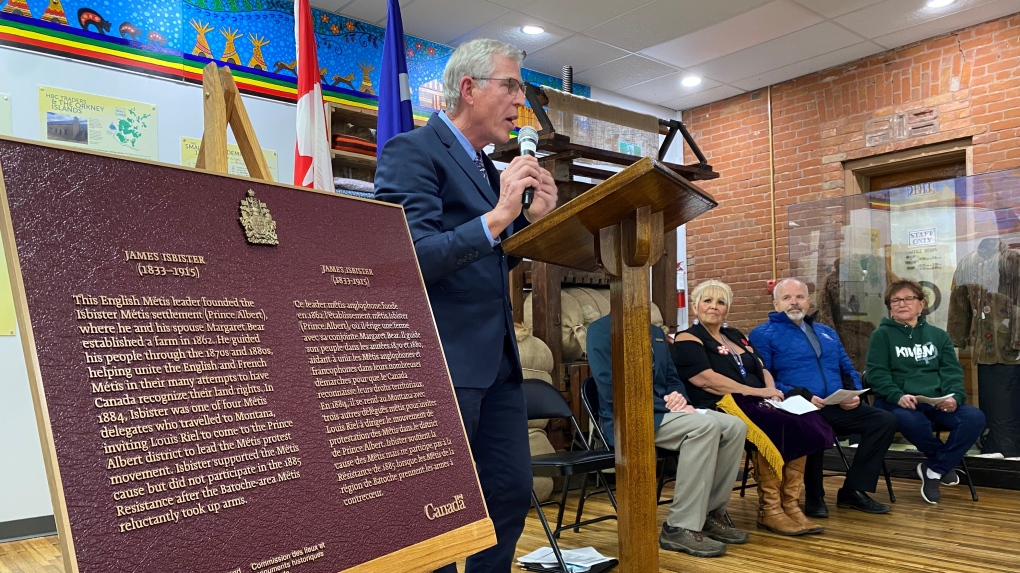 A plague to honour James Isbister was unveiled at the Prince Albert Historical Museum with representatives from Parks Canada and the Historical Sites and Monuments Board of Canada. (Lisa Risom/CTV News)

An English-speaking Metis man and founding father of the City of Prince Albert has been recognized by the Historical Sites and Monuments Boards of Canada for his contribution to the fabric of Canada.

“The City of Prince Albert and knowledge keepers have been working on acknowledging James Isbister. Some of his ancestors are still living right in Prince Albert,” said the Director of Western Region 2 Metis Nation-Saskatchewan Sherry McLennan.

McLennan says the recognition is a source of pride for Metis people.

“We want to instill that in all of our children and keep that going throughout time,” said McLennan.

Isbister's nomination to the national monuments board has been 20 years in the making and was supported by Isbister’s descendants.

“We’ve had many calls from Isbister family members, and they are just ecstatic,” said McLennan.

James Isbister was designated as a national historic person in 1997. 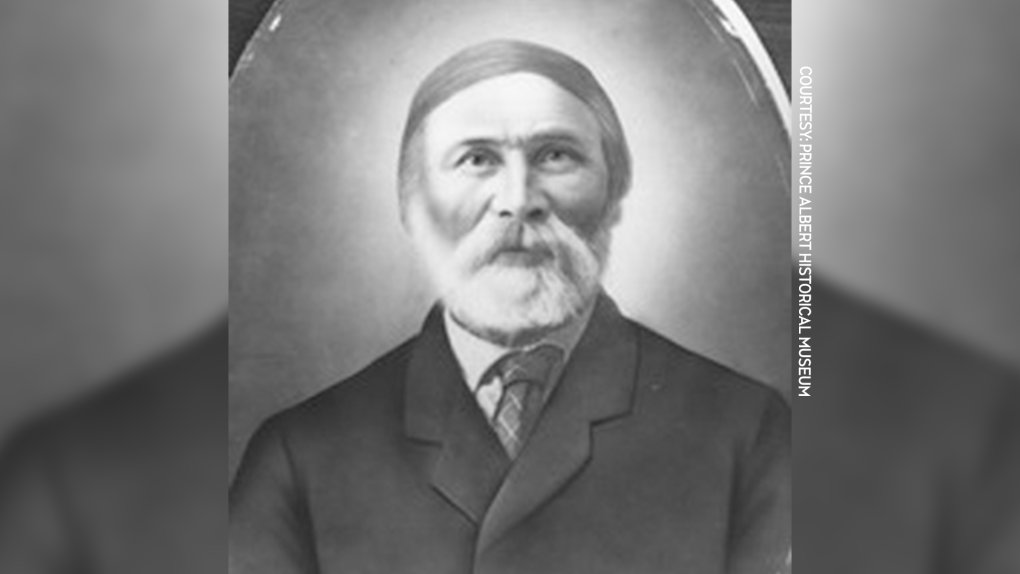 He says he’s honoured to be part of the team that delivered the commemorative plaque.

“The storytelling in Canada and the future of looking at our history is about recognizing the tapestry of Canada’s culture and heritage, particularly the contributions of Indigenous people,” said Martin.

Isbister brought together English Metis, French Metis, and Cree Metis together and worked to build relationships with others in the region, says historian, author and board member of the Historic Sites and Monuments Board Bill Waiser.

“This person was instrumental in working with not only the French Metis but the white populations in the Prince Albert area. It’s something that we can sure appreciate today - that coming together and working together for a common solution,” said Waiser.

The groups plan to install the plaque at a location near the former Isbister homestead, now a residential area in Prince Albert’s West Flat neighbourhood.

According to the Government of Canada biography, Isbister was born at Oxford House, Manitoba in 1833 to a Scottish father and a Metis mother.

He was an employee of the Hudson’s Bay Company and settled on a river lot on the banks of the North Saskatchewan River in 1862 with his wife Margaret Bear to farm.

In 1884, he was one of four Metis delegates who travelled to Montana to ask Louis Riel to return to Canada from exile to lead the Metis protest movement.

Isbister did not join the Northwest Resistance of 1885 after the Batoche-area Metis took up arms.

He remained on his homestead, engaged in the Anglican parish and taught school on a local reserve.

The plaque says he guided his people through the 1870s and 1880s in their many attempts to have Canada recognize their claim to river lots.

He died in 1915 and is buried in the St. Mary Anglican Cemetery west of Saskatchewan Penitentiary.

COVID-19 global emergency isn't over: 5 things to know about the WHO decision

The World Health Organization decided Monday not to declare an end to the COVID-19 global public health emergency.

Lisa Loring, best known as the first actress to play Wednesday Addams in the original 'The Addams Family' sitcom, has died at the age of 64.