'Just killed 2 ppl': A look at events in the La Loche school shooting 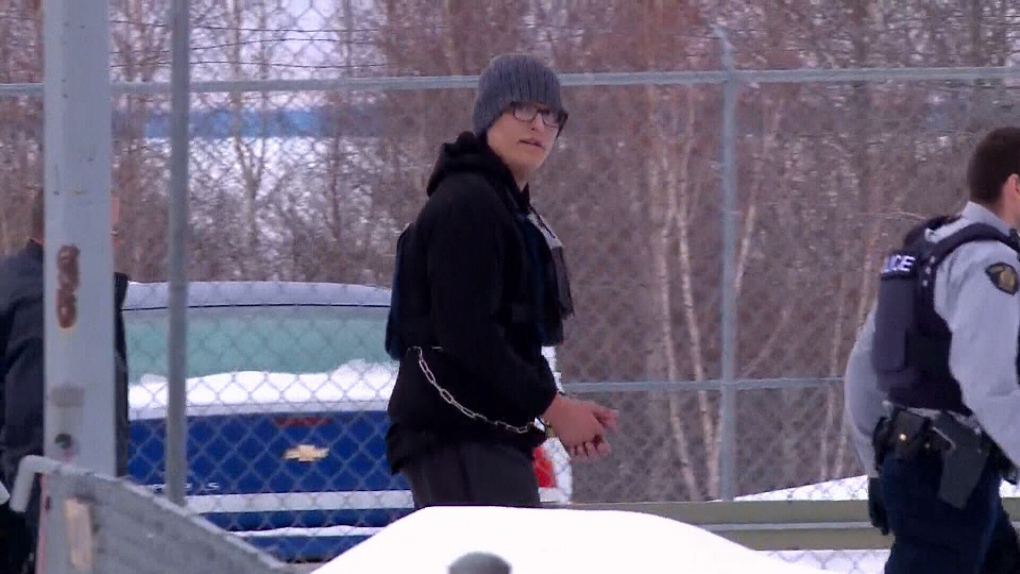 The Supreme Court of Canada has decided it will not hear the sentencing appeal of a student who killed four people and injured seven others in a mass shooting in La Loche, Sask., in 2016. The ruling means the shooter has no further avenues of appeal and a publication ban on his name is no longer in place.

Here is a timeline of events:

Jan. 22, 2016, before 1 p.m. -- Two teen brothers are gunned down in a home on Dene Crescent. There is a chilling exchange between friends chatting online. "Just killed 2 ppl," a youth writes to his friends. "Bout to shoot ip the school."

Jan. 22, 2016, shortly after 1 p.m. -- Police begin receiving calls from frantic students and teachers who say there is a shooter in the high school. Students, just returning from lunch, flee for their lives. Some run for the doors, others hide in classrooms and in gym dressing rooms. 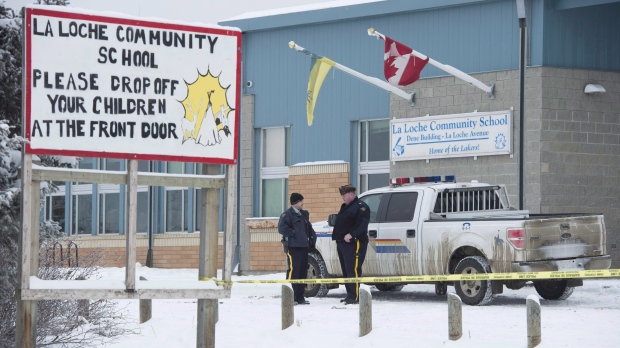 Jan. 29, 2016 -- Prime Minister Justin Trudeau visits La Loche. He assures the community that his government will offer support for years to come. 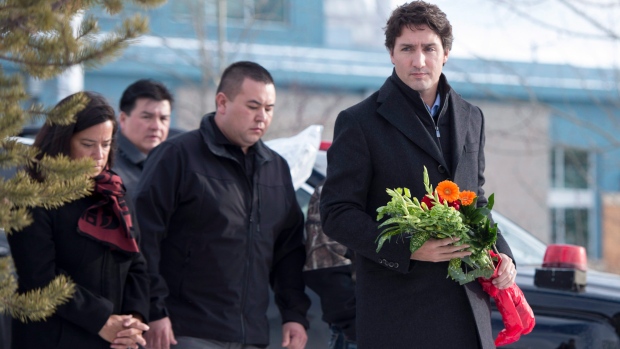 Feb. 26, 2016 -- Students return to the high school after changes are made, including added security and counsellors.

Oct. 28, 2016 -- Randan Fontaine pleads guilty to two counts of first-degree murder, two counts of second-degree murder and seven counts of attempted murder. The Crown says it wants him sentenced as an adult. Two weeks are set aside for a sentencing hearing in May and June.

Jan. 9, 2017 -- Greg Hatch, principal of the La Loche high school, says students and staff are still suffering and feel they've been abandoned to deal with the trauma alone. 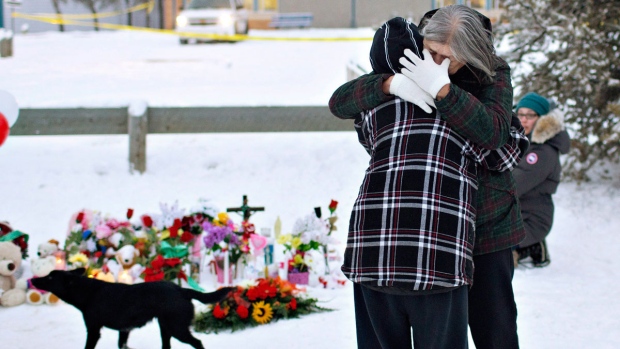 May 15-18, 2017 -- The first week of a sentencing hearing is held in Meadow Lake, Sask. An agreed statement of facts details the shooting and the court hears from victims who talk about their survivors' guilt. The mother of the two brothers killed, who are also Randan Fontaine's cousins, forgives him. There is very little explanation for motive. Fontaine's lawyer, Aaron Fox, says there isn't a simple explanation for what happened. He notes his client has cognitive, social and developmental issues.

June 13-16, 2017 -- The second week of a sentencing hearing hears from Fontaine, who tearfully says if he could talk to Wood, he would tell the teacher he was sorry. "I would say to him: 'I didn't really know you, but I heard you were a good person, a kind person ... and I'm sorry I shot you."' He also apologizes to Marie Janvier's mother. "I'm sorry I ruined your life and took your daughter away. All she wanted to do was help students."

Oct. 20, 2017 -- After delays, the sentencing hearing concludes. The Crown argues Fontaine should be sentenced as an adult because he pleaded guilty to serious crimes, researched school shootings and guns and carried out his plan "with stark efficiency." The defence says the killer has fetal alcohol syndrome and cognitive impairments, and should be dealt with as a youth. Judge Janet McIvor says she will deliver her decision in La Loche.

Feb. 23, 2018 -- McIvor rules that Fontaine will be sentenced as an adult. She tells a courtroom in La Loche that a youth sentence would not be appropriate because of the profound impact the shooting has had on the community. 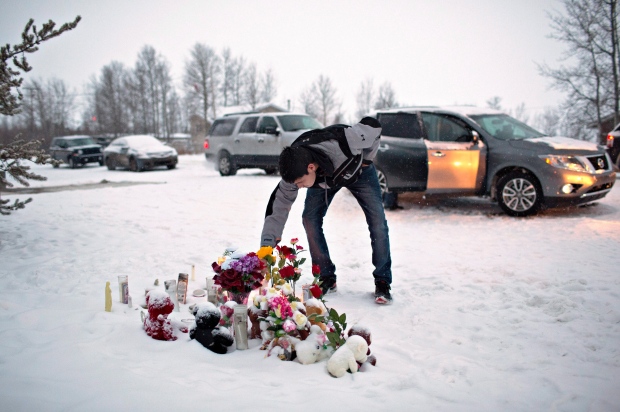 May 8, 2018 -- McIvor hands down a sentence of life with no chance of parole for 10 years, calling the shootings "senseless" and "coldly horrific." She criticizes a lack of counselling in the community. "They have been abandoned," she says. "They have been let down."

April 11, 2019 -- Fox tells the Saskatchewan Court of Appeal that his client was an isolated teenager crying out for help that never came. He says Randan Fontaine will not get the psychological help he needs in a maximum-security prison.

Oct. 31, 2019 -- In a 2-1 decision, the Appeal Court dismisses the appeal. It says it could find no errors in the judge's decision that a youth sentence was not sufficient to hold the shooter accountable. 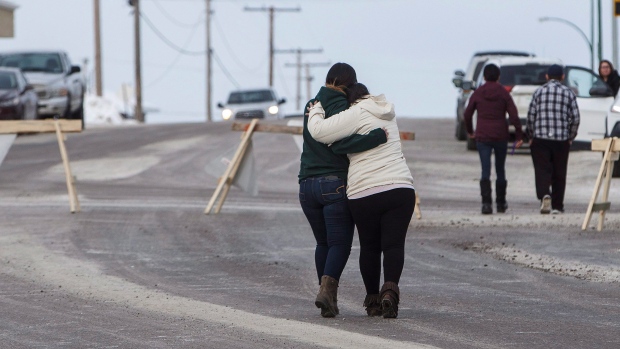 April 16, 2020 -- The Supreme Court decides not to grant Fontaine leave to appeal his sentence.

This report by The Canadian Press was first published April 16, 2020