'It’s so visible to everyone': Sask. elk looking for love don't mind an audience

Setting out to deliberately try and have a wildlife encounter can be hit or miss.

However, when fall arrives in the resort community of Waskesiu Lake, located inside Prince Albert National Park, sightings of a unique wildlife ritual are nearly guaranteed.

The spectacle of the elk rut can be witnessed firsthand from early fall to mid-October.

As tourists and cabin owners move out of the townsite of Waskesiu in late September, more and more elk come out of the woodwork — looking to mingle.

One of the first signs that the elk rut is on is the familiar calls of the male or bull elk which is called bugling. The males make the sound of a bugle, to let the other male elk know they are present in a certain area where they have females gathering, called a harem.

“The uniqueness about the rut in Waskesiu is that it’s so visible to everyone. The elk herd around here is used to people being around,” Dusty Guedo with Prince Albert National Park told CTV News. 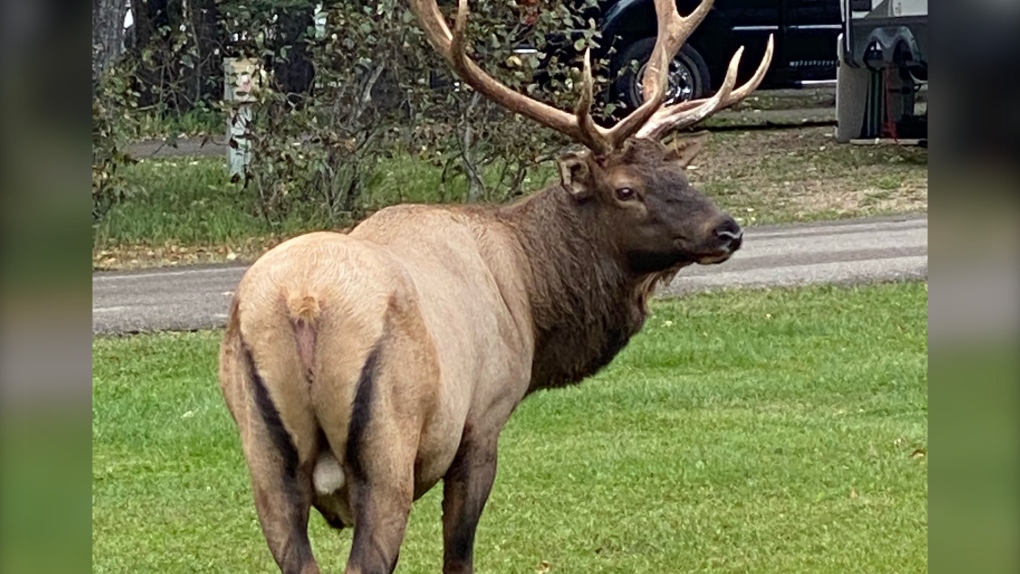 The resident elk are front and centre and on full display according to Guedo, in places like the golf course the beach and parks. He can’t say exactly how many elk live in the park because they tend to leave and come back regularly.

Angie Carriere has a distinct vantage point from which to see the mating ritual because all she has to do is look out her cottage window.

“It’s such a unique experience and half the time it gives me goosebumps just because of being able to experience them so close up,” Carriere told CTV News.

She has hundreds of videos, some of which she posts on social media. Friends from out of province or country, intrigued by her front row seats are making plans to see the elk firsthand.

“Next year I will have my friends visiting from New York, New Jersey, California, all over because they are so fascinated by the fact that the elk are right here,” she said.

Carriere knows to keep her distance and experts say there is a danger to getting too close as the bulls get territorial about their females. Sometimes that leads to fights where the massive animals lock antlers to vie for top bull status.

“Nature is full of surprises, so you have to be prepared. If an animal does ever come to you, get to your vehicle, get a tree between you, just leave the area,” Guedo said.

There haven’t been any close calls reported in recent years, but Guedo says a good rule of thumb when dealing with elk or any animal, is if you can look into their eyes, then you’re likely too close for safety.

Toys, appliances and handbags: These are the items you may not get in time for the holidays

Experts are advising Canadians to start their holiday shopping early to avoid missing out on big-ticket items such as appliances, handbags and this year’s hottest toys as global supply chain issues continue to impact availability and price.

Tuesday's $55 million jackpot has been won by a single ticket holder in the Prairies.