'It's OK to fail sometimes': Saskatoon kids learn how to hustle at summer business camp

'It's OK to fail sometimes': Saskatoon kids learn how to hustle at summer business camp

About 30 Saskatoon students between the ages of nine and 14 learned the ins and outs of running a business at the first Edwards Entrepreneurship Exploration camp at the University of Saskatchewan.

Tyler Case with the Edward’s School of Business said they were trying to get the kids to adopt an entrepreneurial mindset.

“We’re kind of hoping that they can take this entrepreneurial mindset to all facets of their lives right now,” he said.

“We hope that helps them in school and in their relationships and sports and things like that as well.”

The week ended with a business fair, which brought everything together, according to Case.

“Over the course of the last week they’ve developed a business idea and worked out the idea in terms of production and the marketing and the expenses,” he said.

On Friday the students displayed and sold their ideas on the university campus.

Case said the kids’ ideas ranged from a VR booth to reusable water balloons to games of chance to comic books and more.

“I think we have 23 booths altogether.”

Nicholas Murphy was selling reusable "water balloons" made from sponges.

“In a water fight you can soak these in water and since they are made of sponges you’ll be able to throw them at people and it functions like water balloons,” he said. 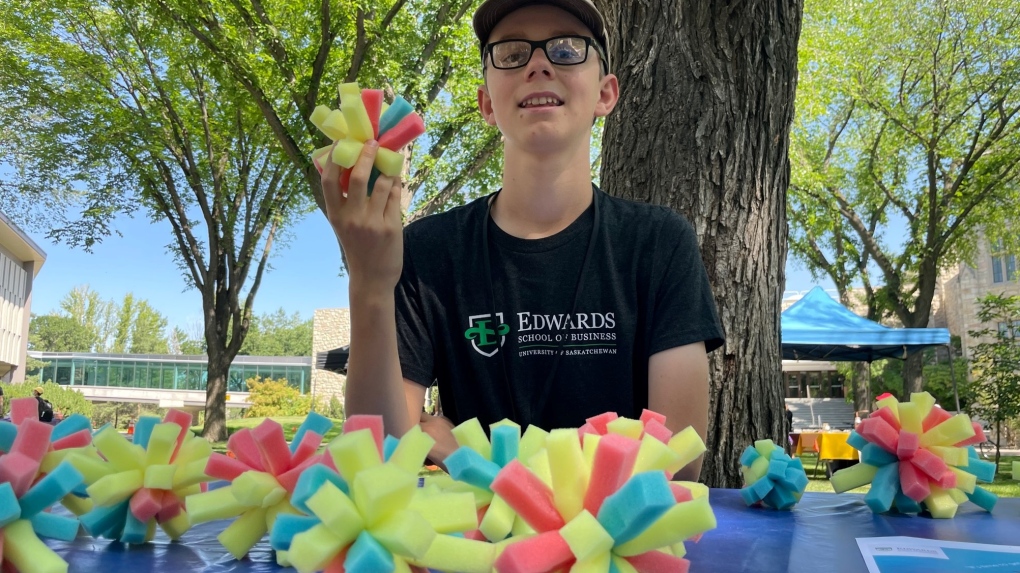 “There is quite a lot of waste with water balloons after they are used in a water fight because they burst open and cannot be used again. These can be used many times before they break.”

He said he developed prototypes before creating the ones he was going to sell.

Murphy said he found the camp a lot of fun and hoped it would keep running.

“For the first three days guest speakers came, like an entrepreneur and someone from RBC to talk about money management,” he said.

Kenzie Pawlik was selling earrings, watercolour cards and art that she made herself.

She said there was a lot of learning about money in the camp. 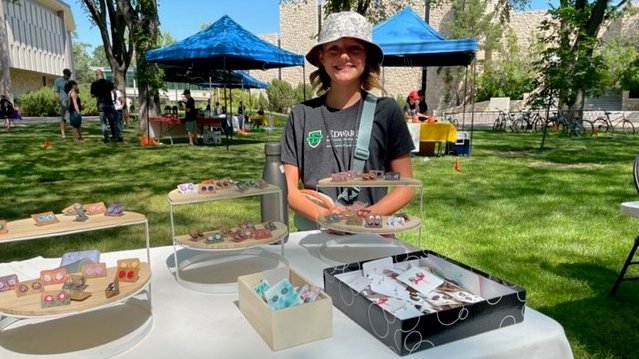 “I learned a lot about finance,” she said. “To save the money, to purchase items and to make a business plan.”

She said one of the memorable things she learned was to keep trying.