'It’s not about shaming': Education encouraged for Sask. man who made 'disturbing' post about walk for missing woman 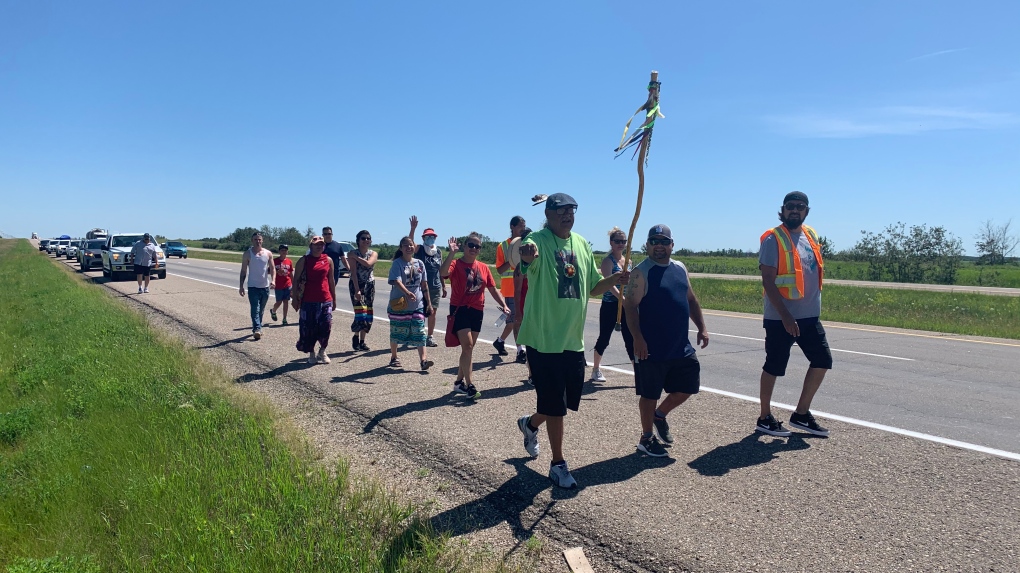 SASKATOON -- A representative from the family of Ashley Morin said they do not want the man who made an offensive Facebook post to lose his job or be charged.

Instead, they are pushing for him to receive education about racism, and missing and murdered Indigenous women and girls.

On Friday, Alex Johannesson posted a photo on Facebook of a lineup of vehicles on the Highway 16 overpass in Saskatoon during a walk to honour Ashley Morin, a missing North Battleford woman.

In the post, Johannesson said the walk was holding up traffic and for someone to “run through these jokers.”

On Friday, the Federation of Sovereign Indigenous Nations called the post “highly offensive and disturbing,” and urged the man’s employer and the Saskatchewan Hockey Association to cut ties with Johannesson, who is a minor hockey president in Waldheim.

Redhead Equipment, the company he works at, and the association both told CTV News they are looking into the incident.

Saskatoon police also confirmed they are investigating the post, but are respecting the Morin family’s wishes to focus on compassion and education.

Manuela Valle-Castro, coordinator of the Saskatoon Anti-Racism Network, said it’s important to address the root of the problem by educating people about systemic racism.

“It’s not about shaming individuals. It’s not about particular individuals, it’s really about how normalized anti-Indigenous racism is on the Prairies and how comfortable people feel making these kinds of dehumanizing comments just in passing,” she said.

Russell McAuley, a team member with the Saskatoon Anti-Racism Network, agrees and said education is a life-long process.

“It’s important to acknowledge that just because these incidents are being publicized doesn’t mean they didn’t happen before because historically this is how we’ve always been treated as Indigenous people but I think it’s important that now we’re able to share our stories,” he said.

McAuley adds that it shouldn’t only be on black, Indigenous and people of colour (BIPOC) to educate the public but for people of all backgrounds to come together and be allies, and stand up to racism.

The Morin family said their focus is not on this incident, but on bringing Ashley home.