'It's great to see kids with a smile on their face': Prince Albert playground with skate park opens

'It's great to see kids with a smile on their face': Prince Albert playground with skate park opens 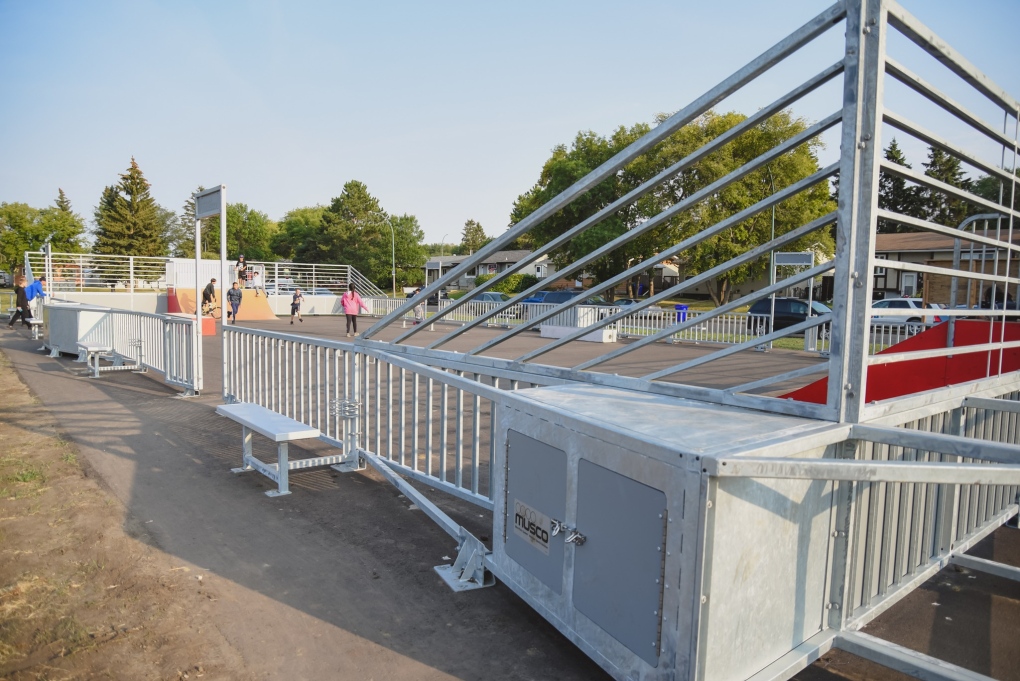 The City of Prince Albert, in partnership with the Malcolm Jenkins Family Foundation, has officially opened the upgraded James Isbister Park.

The playground features six basketball hoops and an open skate park, which Tim Yeaman, Parks and Open Spaces Manager for Community Services, said is a one of a kind project in Canada.

"You're actually able to look through the skate park itself, so it actually does add a level of security as well. So when parents are out looking for their kids, they can see how they're interacting, what they're up to," said Yeaman.

The playground is located at Westview Public School, Macarthur Drive, in the Westflat neighbourhood.

Yeaman said the goal was to originally open it last July, but because of several "complications," they had to push back.

"The finished product is what we really care about and making sure that the kids have a great place, community has a great place to gather."

The city says the refurbishment cost about $300,000 with $200,000 coming from The Malcolm Jenkins Family Foundation.

Founder Malcom Jenkins was present at the grand opening event to celebrate with the families in the neighbourhood.

"We do projects and they're great and we love them, it's such fun to do it and it's great to see kids with a smile on their face," said Jenkins. "And I'm getting up there, I don't have long to go. So I'm not the richest guy in the graveyard and you can't take it with you. And somebody said you should leave the world a little better place than you found it."

He adds the playground is still incomplete but was opened so people can use it while the weather permits.

Jenkins hopes to complete the playground in the next couple of weeks.

Russia will annex 4 regions of Ukraine on Friday

Russia confirmed on Thursday it will formally annex parts of Ukraine where occupied areas held Kremlin-orchestrated 'referendums' on living under Moscow's rule that the Ukrainian government and the West denounced as illegal and rigged.