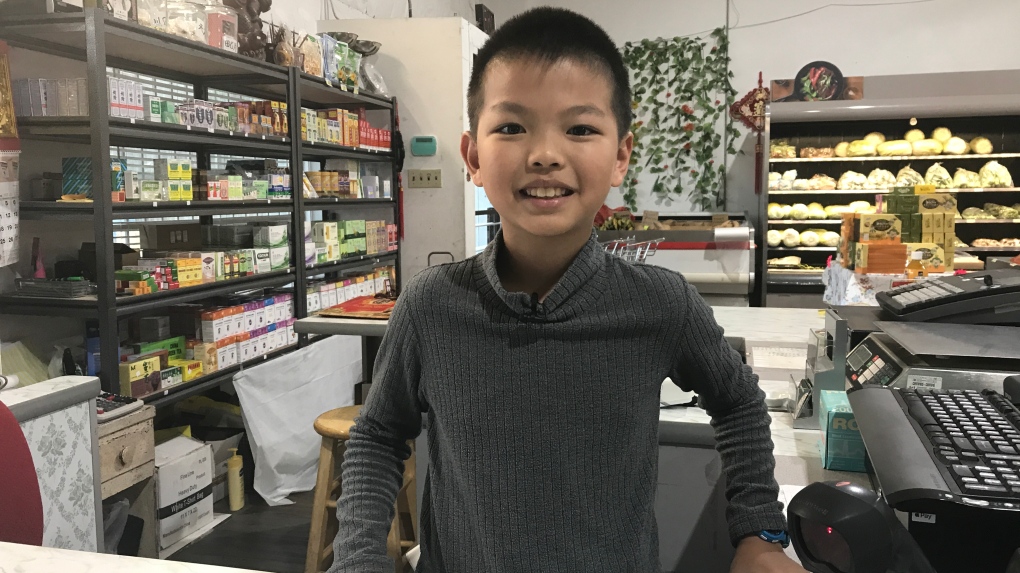 When 10-year-old Steven Huang isn’t at school or playing trumpet, he’s doing his next favourite thing: helping his parents at Eastern Market.

The Huang family recently immigrated to Saskatoon from China. They’re the new owners of an Asian market in Riversdale.

While customers enjoy checking out the latest produce, Steven is the store’s shining star.

He likes to put stock away and help out on the till, getting the hang of a cash register fairly quickly.

Steven has a way with numbers and excels in math. “I was top of my class,” he said.

He’s good at counting bills and even though there’s a calculator handy, Steven prefers to use an abacus to add up grocery totals.

“He can learn something about business and the most important thing is he really likes [it],” said his dad, Chris Huang.

Steven’s English is remarkable for only living in Canada for one month.

He has noticed some of the cultural differences between Canada and his home country of China.