'It's beautiful': Prince Albert group home residents a part of the community 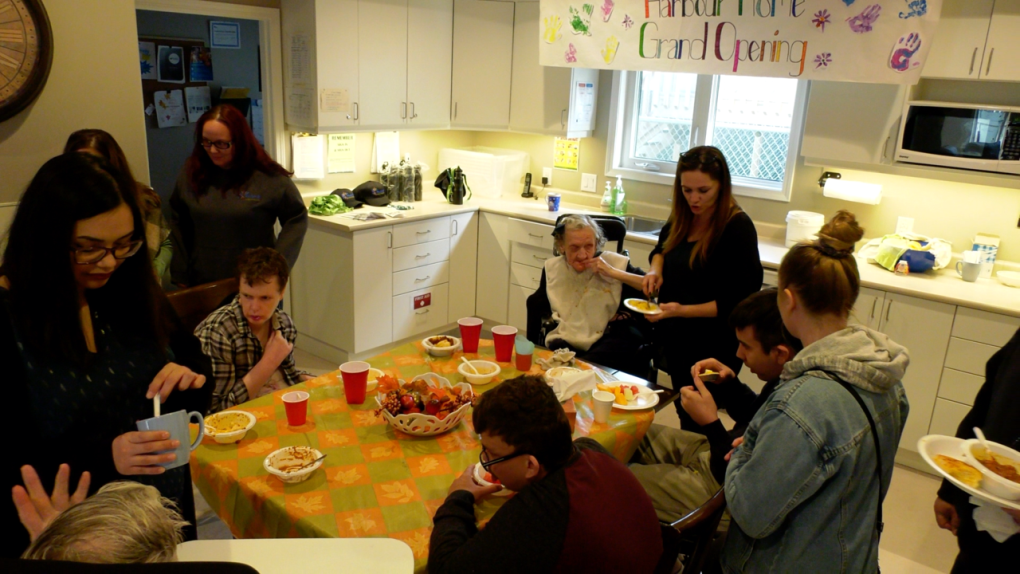 Prince Albert agreed to participate in the integration of people from institutions into the community in 2015. Harbour Home and Harmony Home were built in the city’s East Flat neighborhood. Each group home will house four residents.

“We have had the concerns of neighbourhoods in the past but the reality is that studies have shown that bringing a group home into neighbourhoods actually stabilizes the market value of houses in the neighbourhood,” said the Executive Director of Prince Albert Group Homes Society, Jeff Gendron.

The homes provide 24-hour support and supervision. Residents of the homes may have physically, intellectual or mental disabilities. They are general three staff on duty during the day and two at night.

“Our folks are really members of the community,” said Gendron. “Some of the homes around the city we have good relationships with our neighbours.”

“Many of the individuals may have lived for decades within the Valley View Initiation and received a level support there that really isn’t available anywhere else however it is an institutional environment,” said Gendron.

“In coming to a smaller centre in a community, there is an opportunity here to be part of the community and part of the normal streams of social life here in town and that’s a new thing for many of the people we support.”

Two residents from Valley View moved in in January 2018. In May 2018, the other residents transitioned to the new group homes in Prince Albert.

The Mayor of the City of Prince Albert said city council supports having group homes in residential neighbourhood.

“Here in Prince Albert they are able to have a home base, they are going to form relationships with the staff and their housemates. They can go into the community and explore things and it’s easy for them to become part of the social stream of life,” said Jeff Gendron.

Independent living wasn’t possible for 54-year-old Sharen Read. Her cerebral palsy had progressed making it difficult for her to walk. Now from her wheelchair, she is happy to be able to do her own laundry again at Harbour Home. The group home is equipped with a side-by-side washer and dryer in the hallway she can drive her wheelchair up to.

“It’s beautiful. I do my own laundry now. I haven’t done laundry for years,” said Read.

She added the staff and other residents have gotten along well at the new group home.

The Ministry of Social Services provided $832,988 in annual operating funds to run the homes. In total, the ministry provides more than $4.4 million annually to fund the Prince Albert Group Homes Society. It operates 12 residential homes and semi-independent living programs.

Since the closure of Valley View Centre was announced in 2012, the Government of Saskatchewan, Inclusion Saskatchewan and the Valley View Legacy Network have worked together to ensure the success and well-being of residents as they move into communities of their choice.

Every person that has moved out of Valley View had a transition plan, where they and their families were invited to the table to make choices about their future, including where they wanted to live, who they wanted to live with and how they were going to live. This person-centred approach put the residents and their support systems at the forefront of decision making.

The closure of Valley View Centre supports the Saskatchewan Disability Strategy by encouraging inclusive communities through the creation of numerous residential and day program services for people with disabilities.