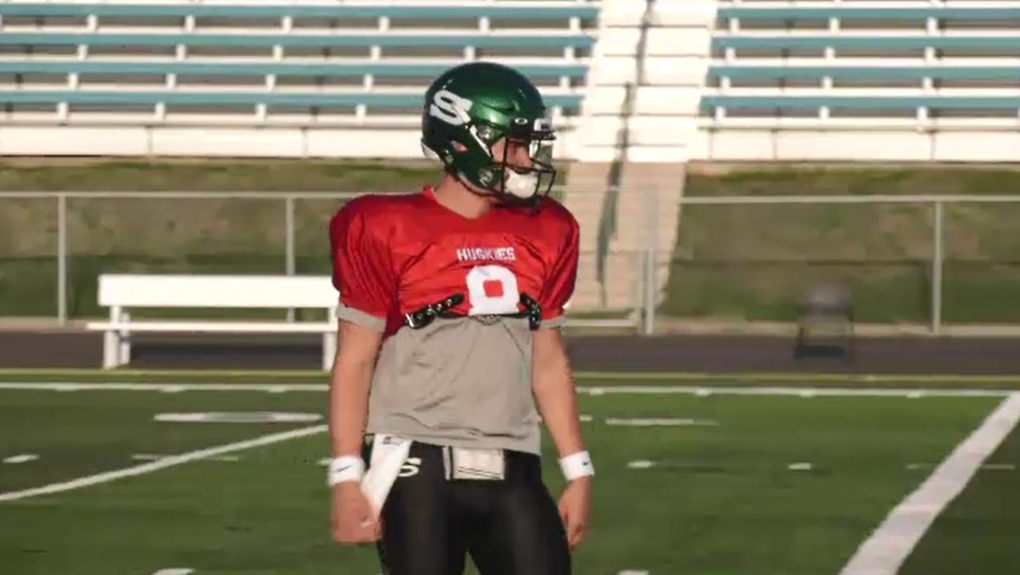 The U of S Huskies football team, like other university teams, have not played a game against another opponent in nearly two years and players say that is jacking up excitement for this weekend's preseason game against Manitoba.

"Honestly it's a long time coming. All the boys are jacked just to hit somebody other than our own team so everyone's looking forward to it," said Quarterback Mason Nyhus.

Head coach Scott Flory says there have been plenty of battles for opportunities in training camp and with nearly 700 days between playing games, Saturday's tilt could show who excels where on the depth chart.

"It will be a good test for us and be able to put a lot of guys in different spots and stress them and see what comes of it. But from a training camp perspective, we're getting out of it what we want to get out of it," said Flory.

Several key players are back with the Huskies on offence, including 2019 Canada-West player of the year, running back Adam Machart, quarterback Mason Nyhus, and receiver Colten Klassen, who was a 2018 and 2019 Canada-West all star. The duo may be a potent connection this season.

"I really hope so, obviously I love C.K. He's a great route runner, great competitor and just getting that guy and the ball in space is fantastic. Same thing with 20 right, we have a lot of dynamic athletes," said Nyhus.

On defence, coach Flory says he expects their front six to cause problems for opposing offences.

"We're big and strong and athletic in the front six for sure and they've got to do their job. We've got to be gap sound, we got to stop the run, all those kind of things"

Players say the lost season in 2020 shouldn't have an impact, but one focus of training camp are the details.

"You know, we always stress the details. Just being sound. Knowing our job. Trusting the guy next to you. That kind of thing," said Adam Machart.

The Huskies clash with Manitoba in a preseason contest Saturday at 2 p.m at Griffiths Stadium.