'It made me feel unsafe': OUTSaskatoon wants realtor to apologize after alleged transphobic comments

SASKATOON -- OUTSaskatoon is calling for an apology from Saskatoon realtor Cam Bird after he allegedly wrote a series of transphobic tweets aimed at Canada’s top doctor.

“For myself as a trans man in the community, it made me feel unsafe,” said Jack Saddleback, co-interim executive director of OUTSaskatoon.

Bird appears to have replied to someone’s comment on a CTV News article featuring Dr. Theresa Tam, saying she should be referred to as “he.”

The tweets saying in part, “How do they say... identify as a female now but pretty certain wasn’t the same gender at birth.” 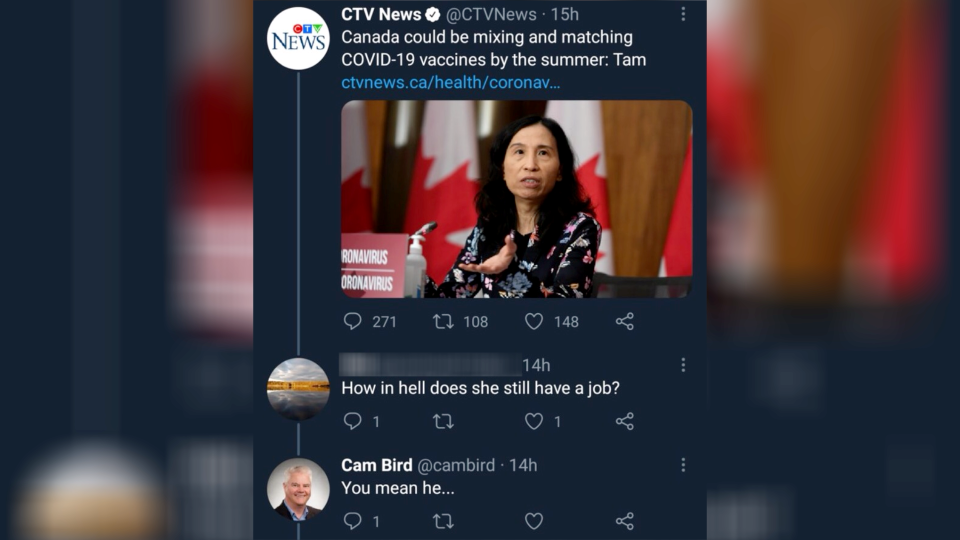 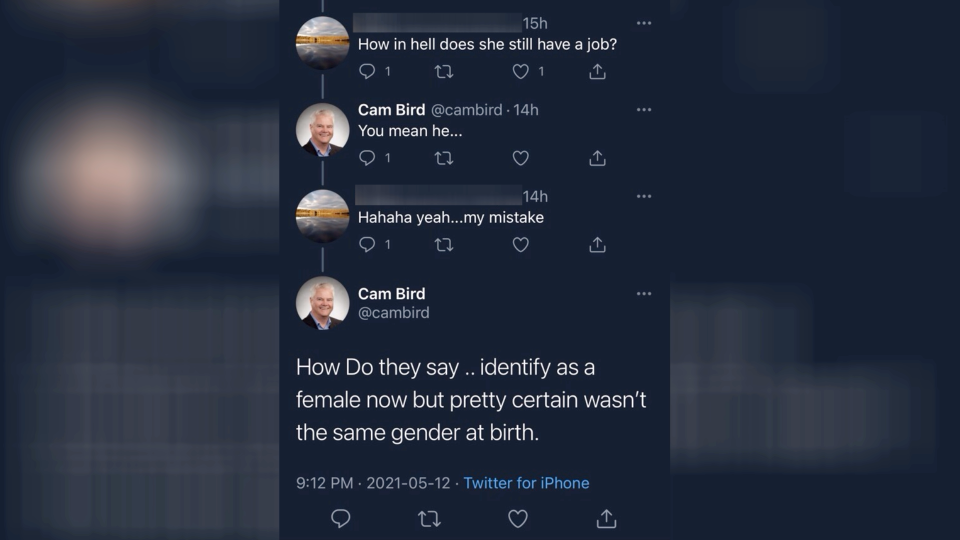 Saddleback said he was “severely disappointed” when he came across the tweets.

“This shows that he tried to justify transphobic and trans negative behaviours which then in turn give this air to other individuals who are under the same mentality,” he said.

“Little comments like this are simply a direct result of the failure that our larger Canadian colonial education system has done for all people.”

Bird’s account has since been deactivated, but screenshots of the tweets are circulating on social media.

“Folks look to realtors to be an extension of themselves and their long-term goals of being in a safe home, an inviting home, an affirming home,” he said.

The Saskatchewan Realtors Association (SRA) has issued a statement saying it believes in inclusion and diversity.

“Our Association is comprised of over 1,430 members across Saskatchewan and they strive to reflect and respect the diversity of communities they work and live in,” the statement said.

“The SRA does not condone Mr. Bird’s unfortunate comments, nor do they reflect the values and beliefs of the SRA.”

The SRA said it has procedures in place to deal with issues of member conduct if a complaint is issued.

CTV News reached out to Bird for comment, but did not hear back.

In addition to an apology, Saddleback wants Bird to educate himself and donate to organizations that support those in the transgender community.

“We exist as trans people, we deserve good lives just like everyone else, and as we move forward, I sincerely hope that these mentalities that this individual holds will change.”