'It hit really close to home for me': FSIN chief considers his daughter following MMIWG report 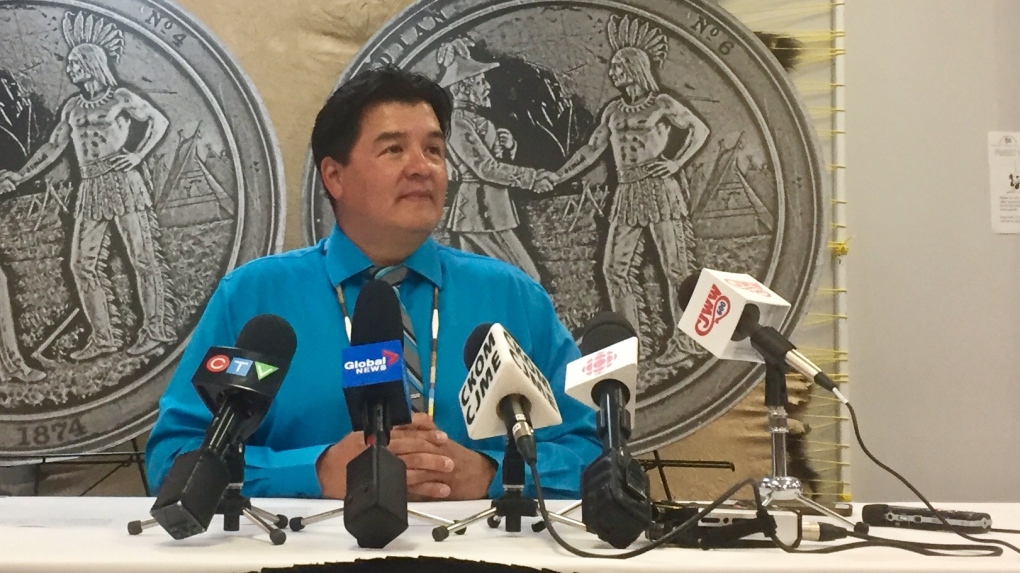 The report concluding a national inquiry into Missing and Murdered Indigenous Women and Girls (MMIWG) was personal for a Saskatchewan chief.

“My 20-year-old daughter, in her second year of university at the U of S, went shopping at the Eighth Street Superstore at 9:30 at night and she was followed. She thought she was going to get kidnapped.”

Cameron said the report’s goal of keeping Indigenous women safe is important to him – not only as a chief but as a father.

A bulk of the recommendations involve improving the relationship between police and Indigenous people – which was partly sparked by testimony from Carol Wolfe.

Wolfe’s daughter, Karina, went missing in 2010. Her remains were found in a ditch by the Saskatoon airport five years later.

During the inquiry, which heard more than 2,000 testimonies across Canada, Wolfe expressed her frustration with police when filing her witness statement.

“He just looked and acted like it was not important. He ignored me. I was so angry as he was not helping me, I banged my hand hard on the counter,” Wolfe told the Saskatoon chapter of the inquiry in 2017.

Wolfe and her missing person liaison, Dorthea Swiftwolfe, called for a better access to interpreters.

“It was difficult because Carol is hearing impaired, and I don’t sign. So a lot of the communication was missed at first because we had to write it out,” Swiftwolfe told CTV News.

Swiftwolfe said she is glad there is a public report released, and is looking forward for the recommendations to come into action.

“I’m very honoured and happy to see that our families were supported during the inquiry,” Swiftwolfe said.

The Saskatchewan Association of Chiefs of Police (SACP) said it is reviewing the recommendations addressing police, and is looking for ways to implement change.

“This report is a valuable document which provides us the opportunity to delve deeper and look for opportunities to change the status quo,” said Chief Marlo Pritchard, president of SACP.