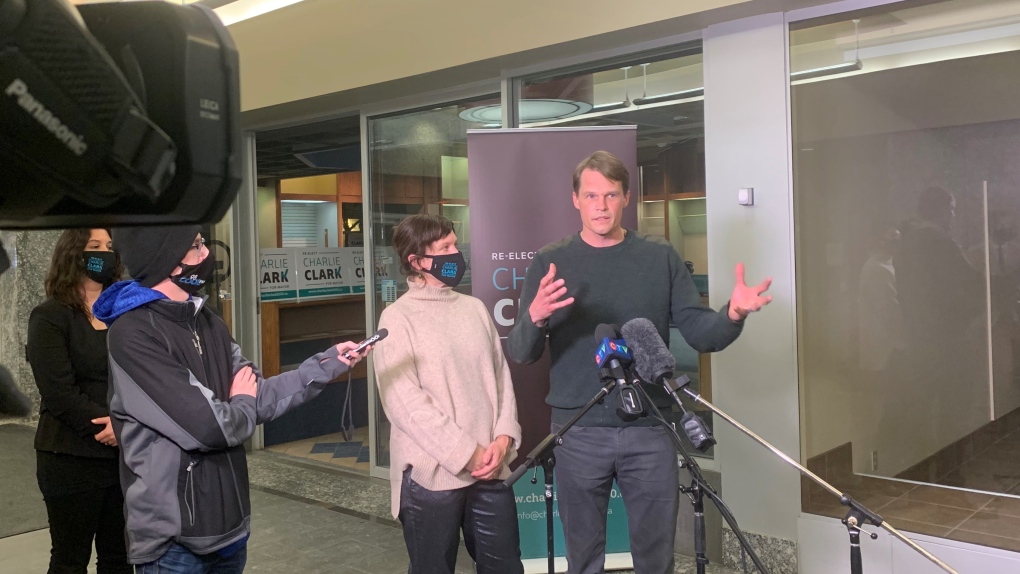 SASKATOON -- After a contest that saw Charlie Clark face a strong challenger at the helm of a well-oiled political machine and an unexpected entry in the race by a familiar rival, he'll be heading back to City Hall to serve a second term as mayor.

Former MLA and cabinet minister Rob Norris was an early favourite to potentially unseat Clark. Norris ran a highly organized campaign and sought to draw stark distinctions in how he would approach the role of mayor compared to Clark.

The plot thickened when former mayor Don Atchison — who Clark defeated in 2016 — entered the race, hoping to add a fifth term as mayor to his resume.

Three other entrants, Cary Tarasoff, Zubair Sheikh and Mark Zielke, each campaigning in earnest for office, only served to make the race more competitive.

In the end, Clark, who ran on his record — which his opponents often attempted to frame as a liability — and his conviction that he was best-suited to lead the city in the months ahead during the COVID-19 pandemic, has won the day.

The election was an unprecedented one, held amid a deadly global pandemic that has transformed daily life and then delayed after a snowstorm slammed the city over the weekend.

"It's been intense, it's been a rollercoaster for sure. But it's really important that we have a full democratic process and I think watching the polls today, I was driving people and I saw the lineups at the polling stations. It was a reinforcement that there were a lot people that didn't get a chance to vote that were able to today," Clark said, speaking at his Scotia Centre campaign office.

Clark stopped short of declaring victory when he first addressed media shortly after 10 p.m., but after more results rolled in, he spoke more confidently about his win during a second session with reporters that began just before 10:30 where he thanked the other challengers in the race.

While speaking with reporters, Clark dissmissed the notion his win was the result of a vote-split between two of those challengers: Atchison and Norris.

"My goal was to actually get a victory where it would not matter whether there was two strong centre-right candidates ... I've clearly got a strong mandate in terms of the lead that's there right now," Clark said.

"I don't see our city as especially divided coming out of this election. That's not what I saw, that's not what I heard on the doorstep, by any means, and I think there is going to be every opportunity for us to hear from all sides of the political spectrum," he said. 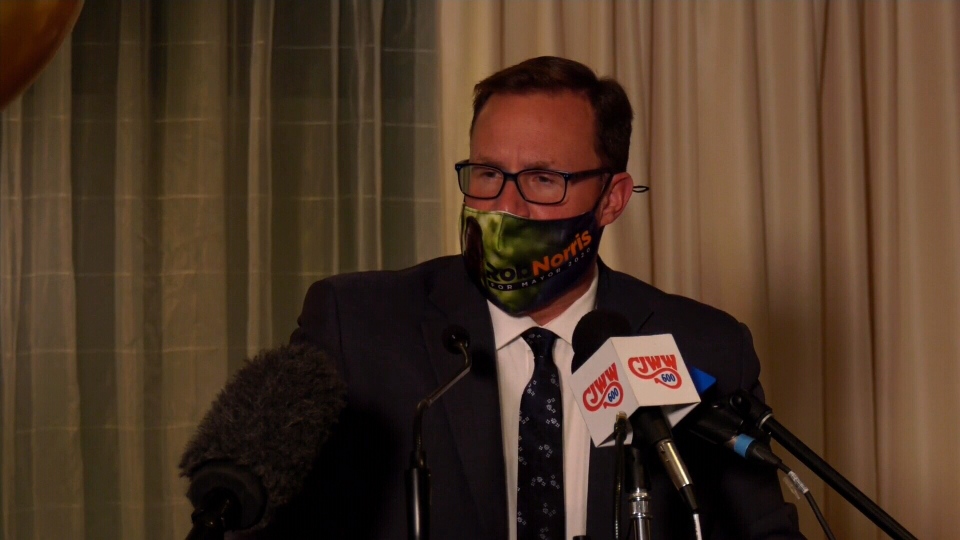 "Tonight the voters have spoken clearly," Rob Norris said at the Sheraton Cavelier Hotel located a few blocks away once it was obvious Clark's lead was insurmountable.

However, Norris had a differing view than Clark on what effect Atchison's entry into the race had on the outcome of the election.

"Every indication we're looking at is it would have been a two-horse race."

With all 77 polls reporting late Friday night, Clark had garnered a commanding 27,377 votes compared to the 15,261 ballots cast for Norris and the 11,722 voters who chose Atchison.

If Atchison and Norris' votes were to be combined, Clark would still come out on top — but by a slim margin of just 394 votes.

When it was his turn to acknowledge that a Clark win was inevitable, Atchison took aim at some favourite targets which both he and Norris focused on throughout their campaigns.

"The people have spoken and I guess they're in favour of a $135 million library, bike lanes on Third Avenue, $150 to $500 million Bus Rapid Transit, and so the population has spoken. Those were things that I didn't certainly think were required in Saskatoon," Atchison offered as an aside at his campaign office on Eighth Street East while thanking volunteers for their efforts. 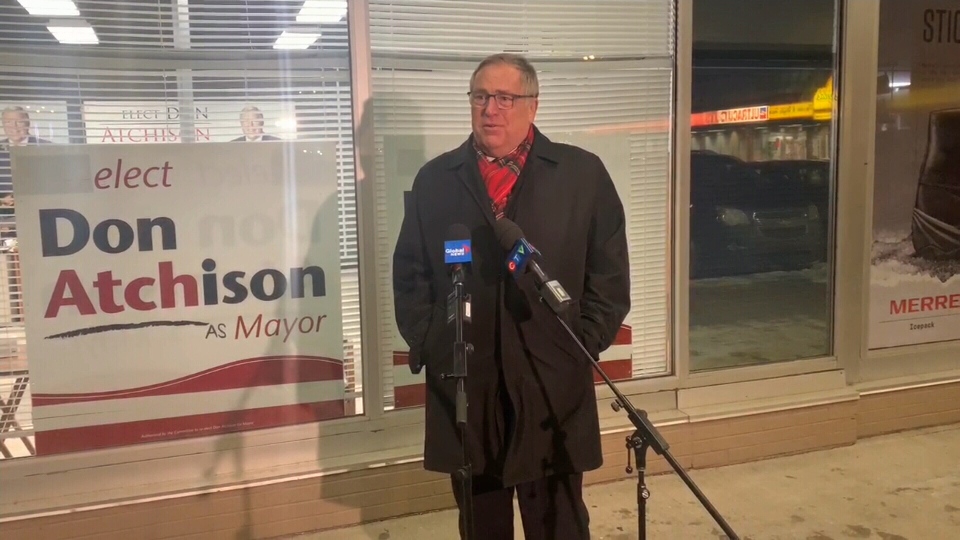 This marks Atchison's second loss to Clark, who defeated the longtime incumbent when he was elected mayor in 2016. Prior to that, Clark served as Ward 6 city councillor for ten years, working alongside Atchison on council.

Clark said he decided to run again for mayor because he still has work he wants to complete.

Throughout the campaign, Clark said his goals over the next four years would include driving the city’s economic recovery from COVID-19, addressing the root causes of crime and to commit money to infrastructure.

While campaigning, Clark noted that he believes in building a strong economic future where no one is left behind and promised to create 15,000 new jobs if re-elected.

--With files from Nicole Di Donato