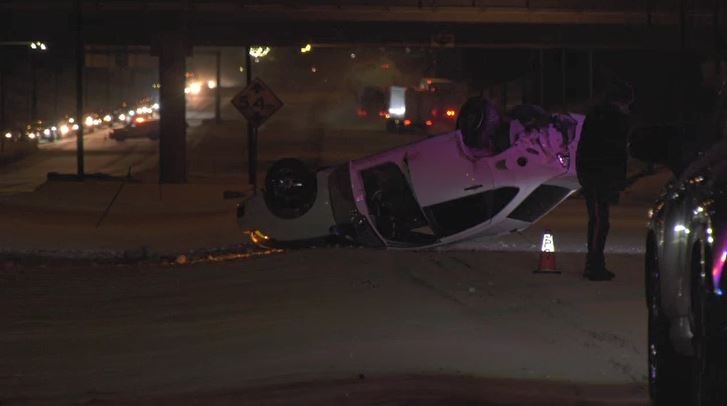 SASKATOON -- A man from Watrous has been charged with impaired driving following a multiple vehicle crash on Circle Drive Monday evening.

The accident happened around 8:30 p.m. near the Taylor Street overpass. Police say a northbound car on Circle Drive rear-ended another car before colliding with a pickup truck on the ramp from Taylor Street. The force of the crash caused both cars to roll onto their roofs, and one vehicle ended up in the southbound lane.

A 17-year-old woman whose car was rear-ended and a 45-year-old man in the pickup truck were both not injured. A 48-year-old man was taken to hospital with non-life threatening injuries. Police say more charges are pending.

All traffic restrictions in the area have been lifted.