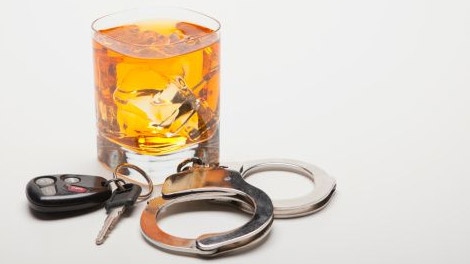 SASKATOON -- MADD Saskatoon will be implementing a new awareness initiative that will place signs around the city identifying locations where impaired drivers have been apprehended by police following 911 calls from the public.

The signs will display the saying “Impaired Driver Caught Here,” a slogan intended to remind drivers to help police get impaired drivers off the road.

The initiative is a partnership between the Saskatoon Police Service and SGI.

The new signs were unveiled on Wednesday by the Joe Hargrave, Minister Responsible for SGI, and Saskatoon Police Chief Troy Cooper.

“We have started to see a behaviour shift around impaired driving but we need it to continue,” said Hargrave in a press release.

“Any 911 calls from the public through Saskatchewan’s RID program are another way to help police get impaired drivers off of our roads and contribute to changing the culture of impaired driving in Saskatchewan,’ said Hargrave.

According to MADD Saskatoon, the signs will be moved to a new location every other week based on new impaired driving charges.

In addition to Saskatoon, the signs are also placed in Estevan and Regina, with plans to expand to other communities throughout the province.

“Calling 911 if you see someone you suspect is driving impaired can potentially save a life or prevent someone from being injured in an impaired driving crash,” said MADD Saskatoon chapter President Bonny Stevenson said in the release

“These new signs remind the public that they can make a positive difference in our community by calling 911.”

Madd Saskatoon says hundreds of Canadians are killed and thousands are injured in car crashes involving alcohol, cannabis and/or other drugs each year.

The Mobile RID 911 signs have been placed at the below locations: