'I wasn’t being rude to them': Former mayoral candidate blocked on Twitter by City of Saskatoon 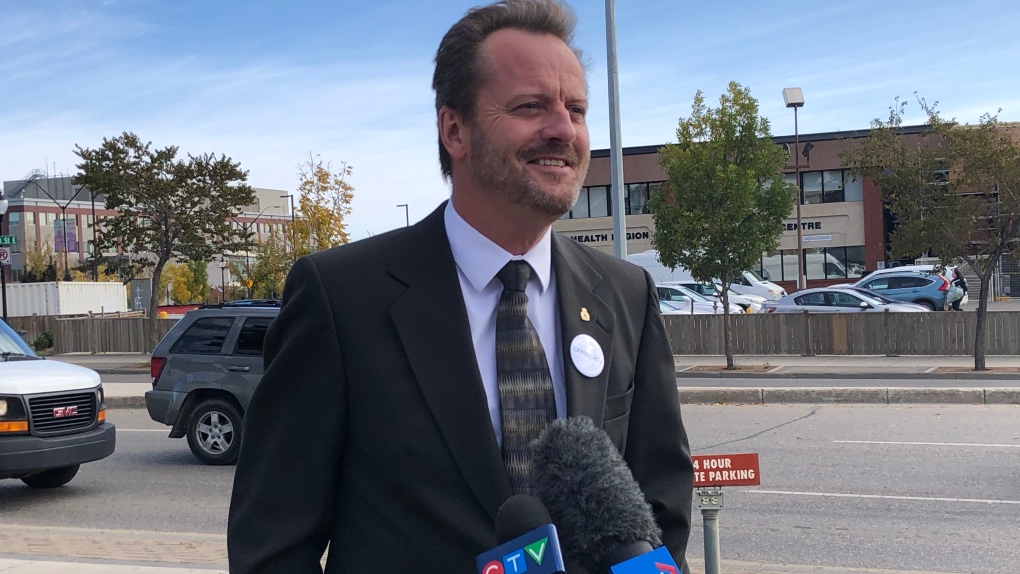 Cary Tarasoff, who collected 2,600 votes in the November civic election has been blocked by the City of Saskatoon, Saskatoon Fire Department and the Saskatoon Emergency Management Operations Twitter pages.

“You got to wonder since I wasn’t being rude to them or anything, I was just stating things that they didn’t want to talk about so that’s why they blocked me,” Tarasoff told CTV News.

The lockout comes after a series of interactions between Tarasoff and the trio of city Twitter pages. Tarasoff has been tagging civic departments, most notably the planning department, city manager Jeff Jorgenson and Fire Chief Morgan Hackl. 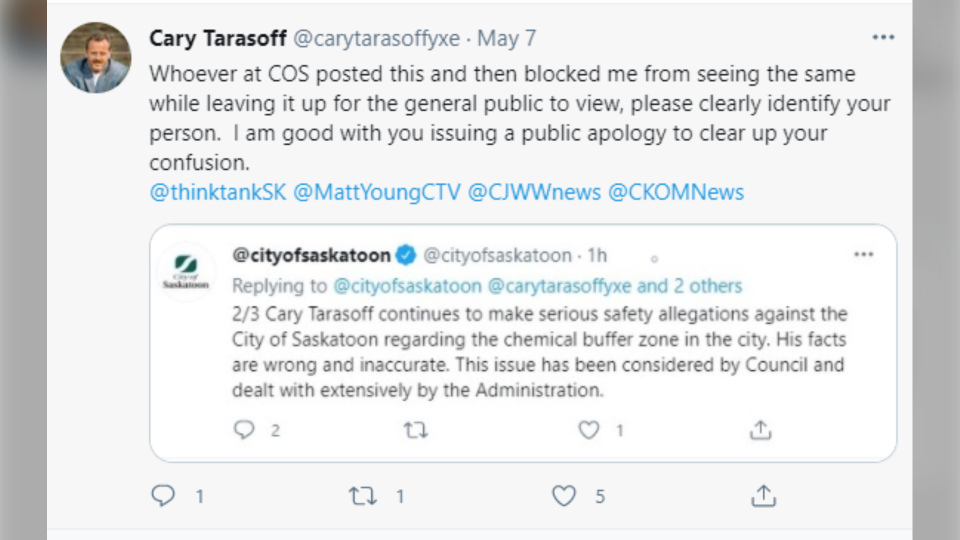 In an email to CTV News the City of Saskatoon said the city follows corporate guiding procedures for social media and follows the advice from the City Solicitor, the city said.

"Some of the reasons a guest may become blocked are for continued abuse, personal attacks or extreme 'trolling.' More directly, profane, sexist, racist, intolerant, or irrelevant topics will be deleted," the city said in an email.

The city statement said it welcomes debate on all issues related to the city, but Tarasoff continues to name specific city employees in his responses “despite being asked not to.”

“Continuing to tag the city in a conversation where misinformation has been corrected and naming employees – despite being asked to remove such posts – is considered trolling and abusive,” the city said.

Tarasoff said he doesn’t think his posts were sharing inaccurate information and he challenges the city to prove to him where his information is wrong.

“When they say I’m not being factual I ask them to put up why and where because I would like to know,” he said. “The people I named, I put up the video and they identified themselves. I very specifically named the very same people that are on video, on record making these statements.”

According to the city, Tarasoff was warned he would be blocked if he did not take down tweets where he named specific city employees.

Tarasoff said by the time he saw the warning, he’d already been blocked.

On Wednesday a City of Saskatoon spokesperson followed up with CTV News and provided an image that appears to show a message warning Tarasoff that he would be blocked. The screenshot also shows a response from Tarasoff.

Tarasoff said he responded to the message from the Saskatoon Fire Department but didn’t learn he was blocked by the city's primary account until later that evening.