'I want a positive story': Why a Saskatoon Tribal Council partnership with wildlife federation could be groundbreaking 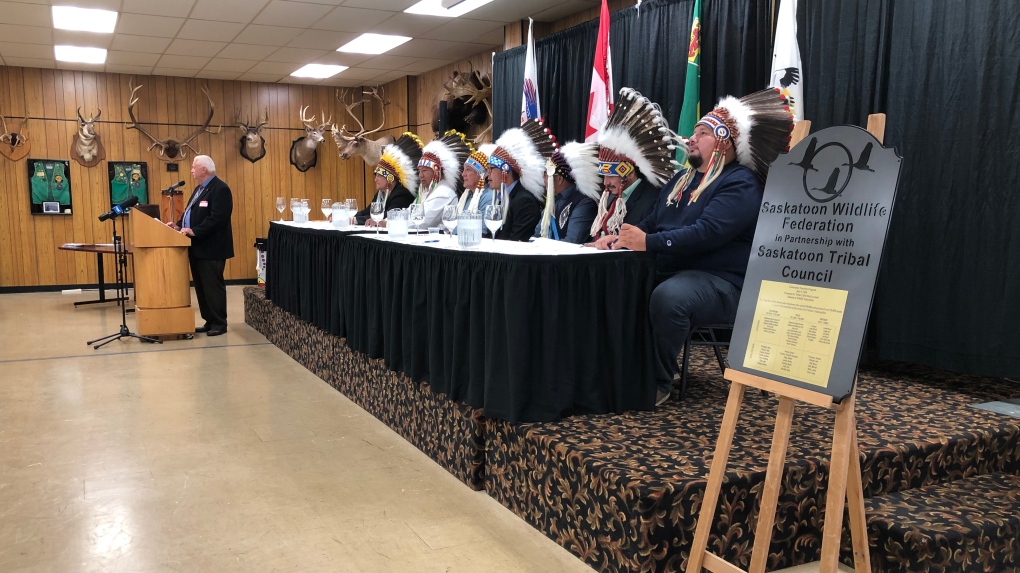 SASKATOON --  They’re calling it a step forward in reconciliation.

“To the best of our knowledge, this is one of the first times that an organization such as ours has formed such a strong partnership with First Nations,” said Robert Freberg, a member of the board of directors for the Saskatoon Wildlife Federation.

On Thursday, the federation and Saskatoon Tribal Council (STC) signed seven memorandums of understanding with different Indigenous communities in Saskatchewan.

The partnership looks to achieve education, conservation, and the preservation and celebration of Indigenous heritage through the creation of youth programs.

“This could be significant to get all of their kids certified properly,” said STC Tribal Chief Mark Arcand. “If somebody wants to be a hunter, how do they store a gun properly.”

Both parties agree that the union will go beyond simply sharing ideas and teaching.

“When you talk about what’s going on in the world, I look at this right now and say, ‘We have First Nations and non-First Nations people working together,’” said Arcand.

“I want to work with people, I want a positive story. There’s too much negative hurt out there, there’s too much pain out there. Let’s start doing this positive for kids, so that they don’t have to go through that negative stuff.”

“We’ve had elders out here teaching us some values, we’ve had our young kids actually sit out and listen to some stories, we’ve had indigenous dancers, and we just love it,” said Freberg.

“We want to knock down those walls and understand each other’s perspective better, and I can’t think of a better way to do that.”