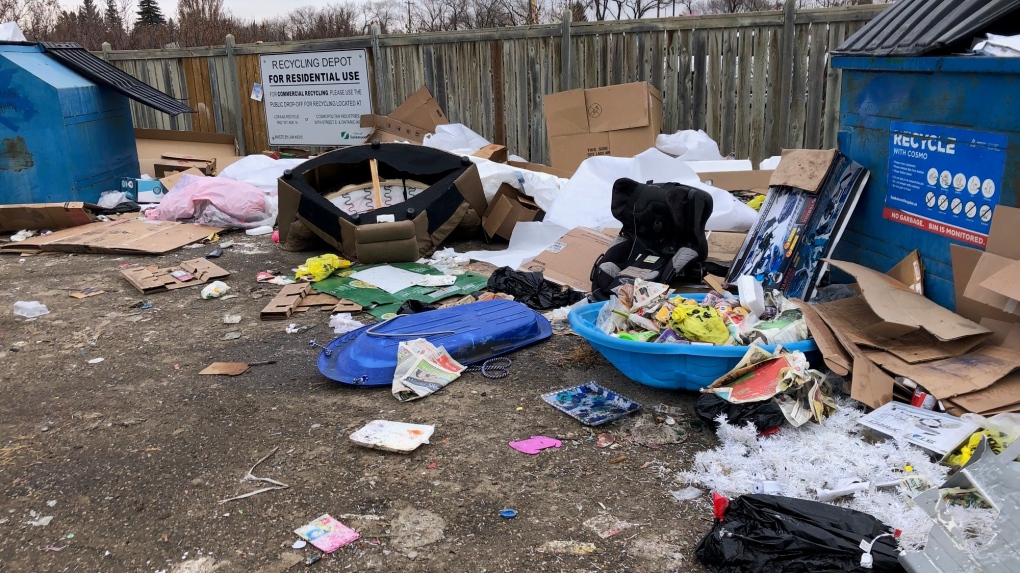 SASKATOON -- A Saskatoon recycling depot looks and smells like a landfill due to illegal dumping, according to a nearby resident.

“I’ve actually seen mice ripping around in here,” said Bill Demontigny, a Meadowgreen resident who lives just down the street from the recycling depot, located at the busy corner of 22nd Street West and Witney Avenue.

“This is a major artery in our city and this is what you see.”

Living near the depot since 2004, Demontigny said the mess at the depot has steadily worsened over the past few years.

He feels the city isn’t doing a good enough job managing the operation and hopes plans to monitor and secure the depot after hours will help tame the mess.

“They should have fenced this whole thing off properly, gated, managed on an hourly basis, sky nets, because you can have anyone you want out here watching people come and go but you can’t control the winds, and they’re not going chasing down the garbage running up and down our street and our neighbourhood,” he said.

According to the city, waste operations crews visit the recycling depots several times per week to conduct collections and site clean-up. But Demontigny doesn’t believe it.

“When you look around, obviously that’s not the case at all,” he said.

This week the city announced it would be setting up 24-hour surveillance and installing locking gates at the entrance to the recycling depot, as well as reducing its hours of operation from 7 a.m. to 9 p.m.

In February 2020 City Council approved a plan and funding for a landfill expansion called Recovery Park.

It is a new section in the existing landfill where residents can drop off recyclable materials, construction waste, household hazardous waste and mixed metal waste.

The cost for Recovery Park is pegged at $31 million and the city is targeting a 2023 opening.