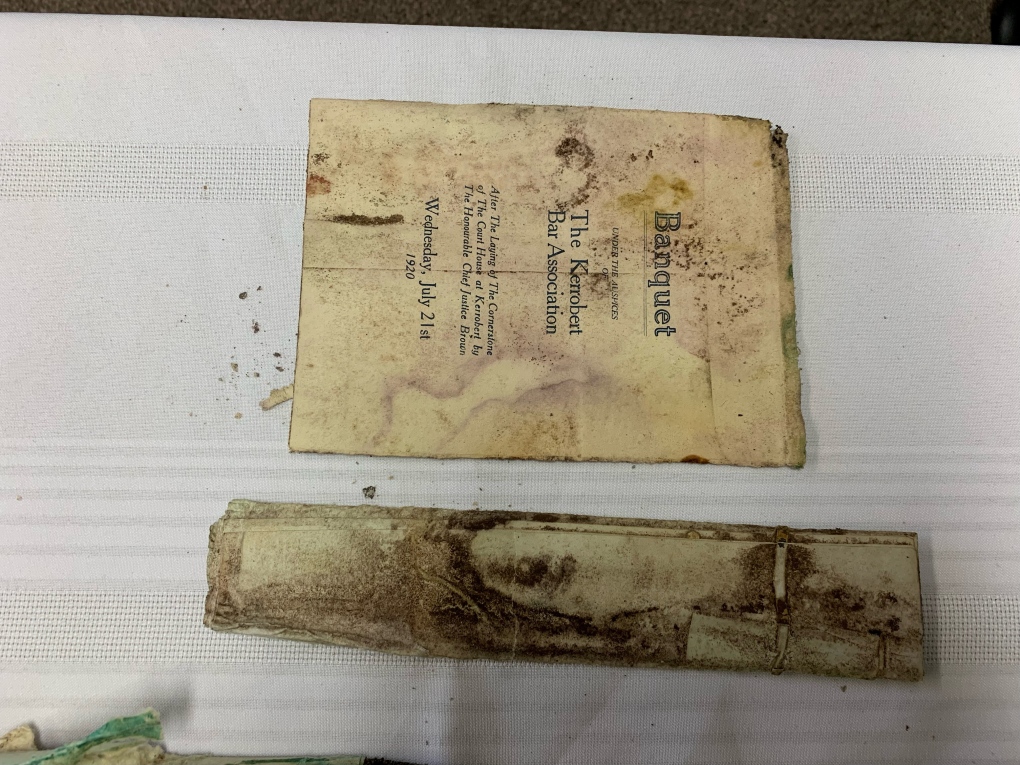 In the town of Kerrobert Sask., with a population of just under 1000 people, a community came out for an event a century in the making.

Two months ago, when contractors were restoring the front steps to the Kerrobert courthouse - a cornerstone of the community, a little piece of history was found. Something believed to have existed by many community members that had never been found.

“When we did our 100th birthday (in 2020), we had a rumour that we should look for a time capsule,” said the Kerrobert Courthouse Restoration Society's Jackie McNichol.

“Of course we had no success.”

The capsule was located in a cornerstone of the building.

It was built in 1920 and used as provincial court until 1996. According to the Kerrobert Museum Facebook page “the Kerrobert Courthouse held many different court cases, but one, in particular, was a murder trial in 1931, which was defended by John. G. Diefenbaker, a future prime minister of Canada."

“It’s in the middle of our town, it’s the heart of our community,” she said.

The site is commonly used for graduation and wedding photos. 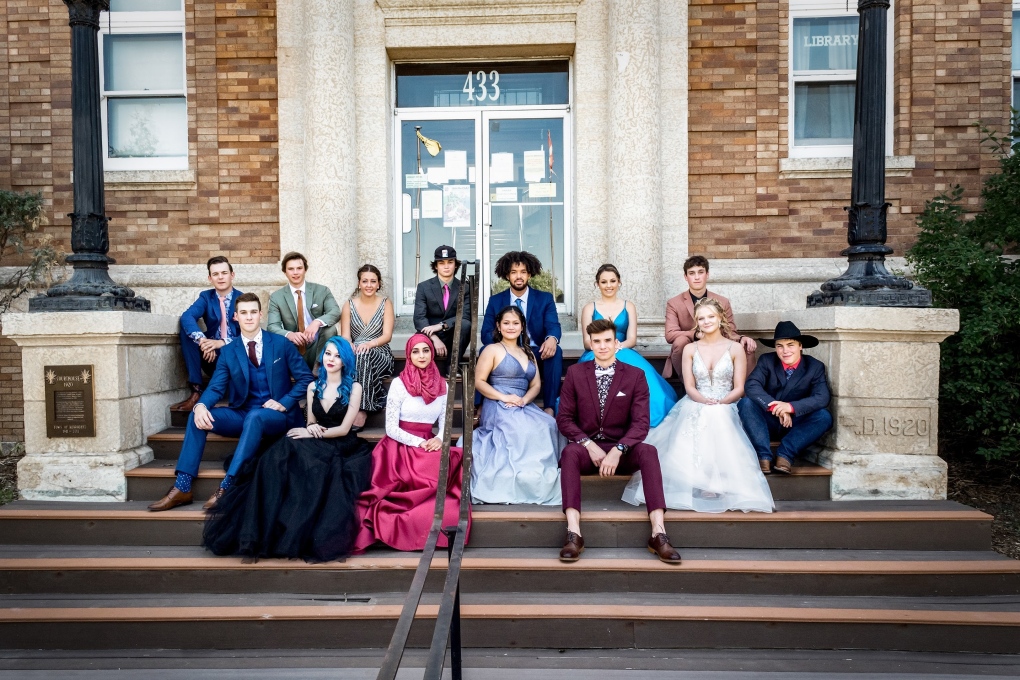 “When they (contractors) got to the cornerstone they noticed that there was a copper boxinside and with all the excitement we really wanted to open it then and there but then we thought 'Nope this was a provincial building back then. This is something that should be enjoyed by as many people as possible,'” Mock said.

Mock opened the box in front of the jam-packed courthouse crowd, drawing oohs and ahhs from many. Inside the cornerstone were several artifacts were confirmed by the Restoration Society: 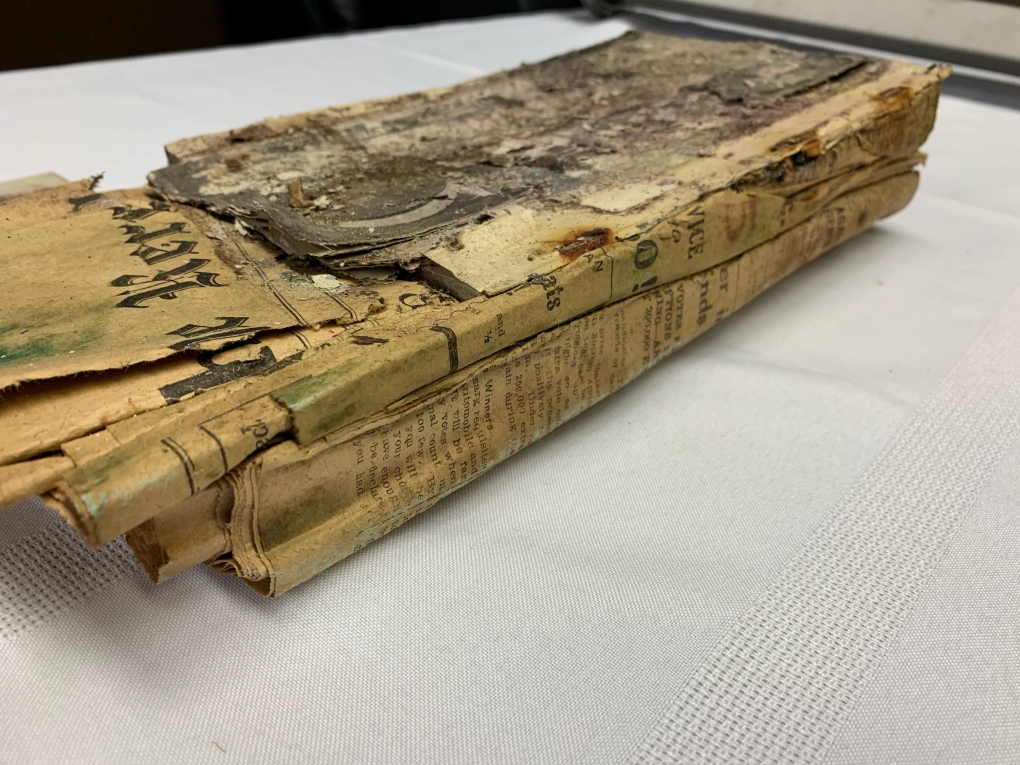 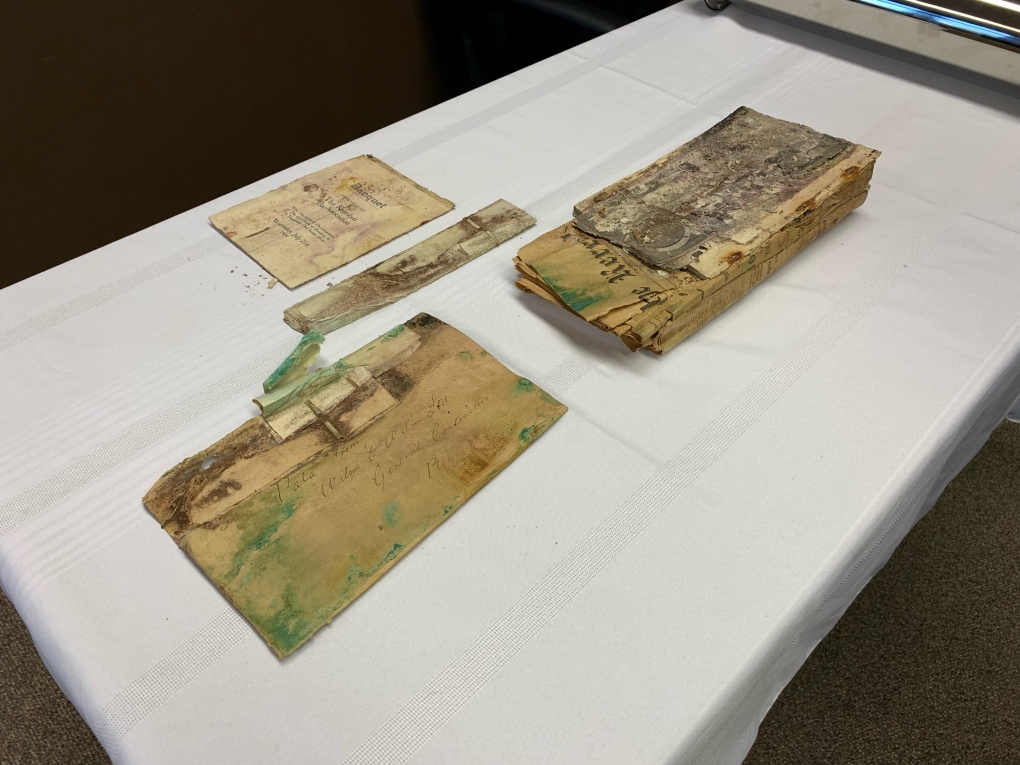 Items a little different than some of the town’s kids were expecting.

“What I thought was there was lots of money in there,” said nine-year-old Jett Shepherd.

“I thought there was gold and a skull,” said twelve-year-old Austyn Zerr.

Regardless of what the box contained, there was plenty of excitement for the community and a reminder of what so many love about the old courthouse

“Everybody loves this building, it’s so beautiful and there is a feeling in here that’s very friendly, very cozy,” said long-time Kerrobert resident Bonnah Busch.

In 2020 when it celebrated the building’s centennial, it was rebranded as the Kerrobert Cultural Centre. It features the Kerropert and District Historical Museum, the Kerrobert Courtroom Art Gallery, the Wheatland Regional Library, the Kerrobert Chamber of Commerce, the town's office, counselling services and even one lawyer has an office there.

The Kerrobert Courthouse Restoration Society will contact curators in the province to get advice on properly handling the artifacts. Afterwards, they will be displayed for the public to see at the courthouse. The cornerstone will be put back into its original place — possibly with new secrets for another generation to discover.

Anne Heche on life support, survival of crash 'not expected'

Anne Heche is on life support after suffering a brain injury in a fiery crash a week ago and her survival isn't expected, according to a statement from a representative.

The August 'sturgeon moon' has passed over Earth: Here is what it looked like

Rising over beaches, buildings and statues, the last supermoon of the year created ample viewing and photo opportunities around the world Thursday night.

The City of Toronto is investigating a power outage that left a large swath of the downtown core including office buildings, a major mall and a university campus without electricity yesterday.

A federal judge was to decide as soon as Friday whether to grant the Department of Justice's request to unseal the warrant that authorized the FBI to search former U.S. President Donald Trump's Florida estate. Attorney General Merrick Garland declared there was 'substantial public interest in this matter,' and Trump backed the warrant's 'immediate' release.