'I thought I broke the machine': Saskatoon couple wins $1 million

'I thought I broke the machine': Saskatoon couple wins $1 million 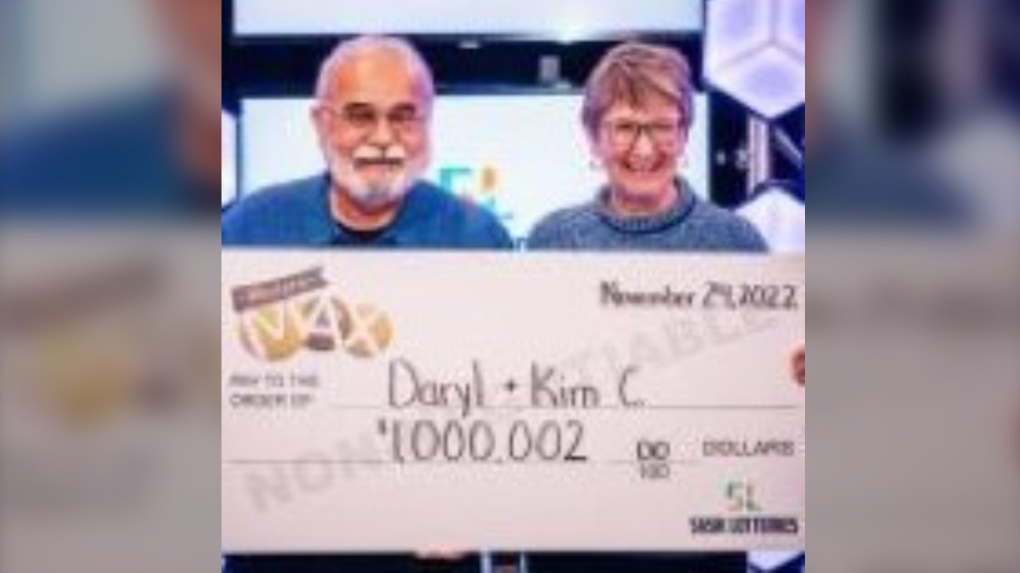 Daryl and Kim Cherry plan to invest and share some of their winnings with family. (Sask. Lotteries)

A Saskatoon couple has won $1 million in the Western Max lottery.

Daryl and Kim Cherry purchased their ticket just hours before the draw.

Two days later, Daryl returned to the store to check his ticket and was surprised that it matched all the winning numbers.

“When I scanned my tickets, I thought I broke the machine!” Daryl said. “I didn’t believe it!”

He called his wife to come to the store so he could share the news with her.

“It took her 10 minutes, so here I am clutching my ticket to my chest, waiting for her,” he said.

Kim was in “total shock,” she said.

“The first time the reality started to set in was when we drove up and saw the lottery building,” Daryl said. “The last couple of mornings, I asked Kim if this was really happening, and she kept saying, ‘I think so.’ ”

They have already decided how they are going to use their winnings.

“We want to invest half of it and help out our family and kids,” Daryl said.

He also said he would like to take a trip around the east coast and attend some sports games.

Daryl bought the ticket at the Greystone Convenience Store on 8th Street.

Bees living in isolation have half the lifespan they did 50 years ago: study

The lifespan of lab-reared honey bees today is half of what it was fifty years ago, according to a new study, which researchers suggest could be a sign that environmental stress isn't the only factor affecting the global bee population.