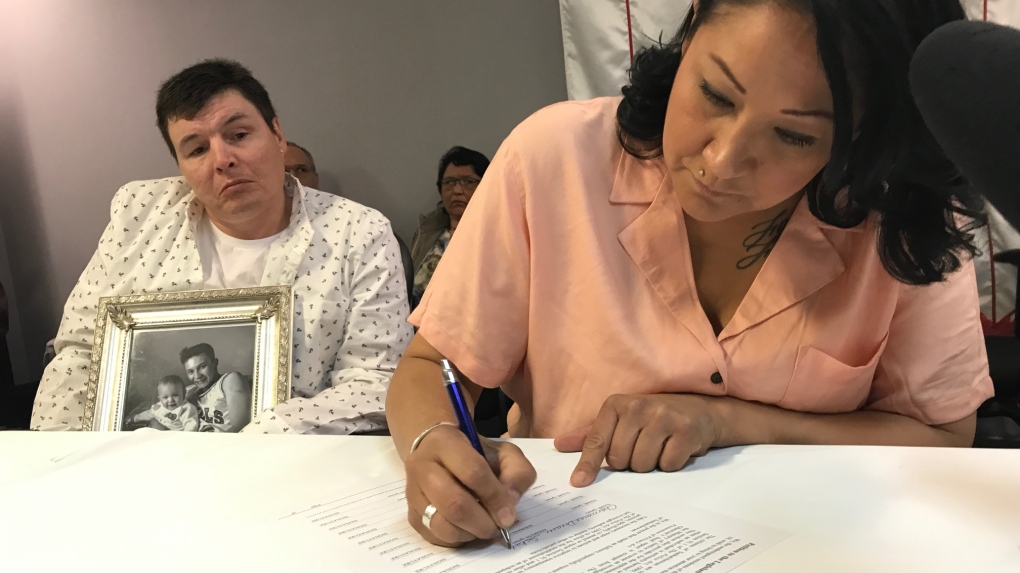 A Saskatchewan family is renewing its calls for the province to change how police in the province are investigated.

Lafond was the passenger in a stolen truck that crashed into a fence after a police chase.

A coroner’s report could not determine whether Lafond died from the impact of the crash or the knee to the head from police during the arrest.

Dreaver has started a petition asking the province to update section 91.1 of The Police Act, 1990 – which “prescribes the process to follow when an individual is seriously harmed or dies as a result of police interaction.”

With support from the Federation of Sovereign Indigenous Nations (FSIN), Dreaver is petitioning for the province to create an independent body to investigate the actions of Saskatchewan police.

“We hope to obtain a minimum of 20,000 signatures from First Nations and non-First Nations citizens as the issue is not only a First Nations issue. Our goal is to travel to a majority of First Nations events throughout the province,” Dreaver said Tuesday.

“We’re not here to attack the police or anybody. We’re here to try and join the human family to save lives, so that families in crisis, mothers in crisis, can find closure in how things are done,” Joseph said.

Dreaver claims she hasn’t heard from Saskatoon police on whether any of the officers involved in Lafond’s arrest were disciplined. The inquest into Lafond’s death was completed in 2018.

Neither Dreaver or the FSIN have reached out to the province, but say they plan on formally issuing a letter.

Saskatchewan is among four Canadian provinces that don’t have an independent police oversight body to investigate police-involved deaths.

“At this time there are no plans to change the way Saskatchewan currently handles police oversight,” a provincial spokesperson said in an e-mail to CTV News.