SASKATOON -- Twice in two days, Jason Tapiod has gotten stuck in the snow trying to leave his Evergreen home to work.

The city doesn’t typically clear residential streets, but after two major snow storms, it's making an exception given the amount of snow.

“We are turning our attention to residential snow clearing immediately,” Schmidt said.

“We need to fix the problem and get everyone moving around again. Today, I’m here to assure you, we’re going to throw everything at this effort.”

Just a few streets down from Tapiod, Dawn Wilkinson’s van was also stuck on Wednesday.

Wilkinson delivers newspapers in the area and said a plowed street would make her job easier. 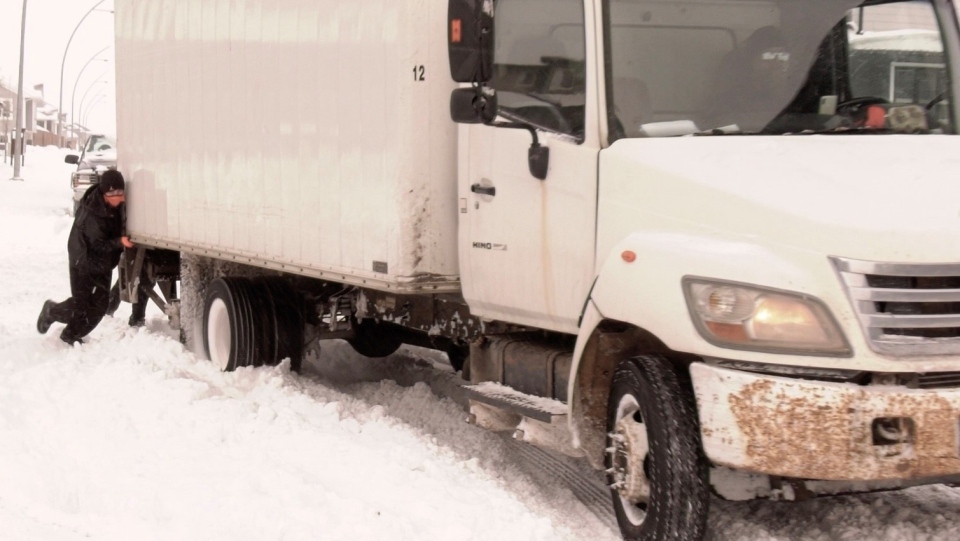 Zach Jefferies, seeking re-election as Ward 10 city councillor, has been pushing for a snow schedule to outline which street is getting cleared when — it’s something the city said it will be doing.

“People need to plan. People have work to get to, they have doctor’s appointments, grocery shopping to do. If people know their street is going to be cleared in a couple of days, they can plan accordingly,” Jefferies said.

Residential clean up has started in the Kensington neighbourhood and the city plans to continue clearing other neighbourhoods on Thursday.