Firefighters in Saskatoon took to the water to rescue a dog after it wandered out on the ice.

Jim Phillips and his two dogs, sisters Abbie and Isla, were in Saskatoon visiting from Meacham and stopped at the Sutherland Beach dog park for a quick trip to let the pair stretch their legs.

Isla, a one-year-old lab, ran out onto a nearby ice shelf. The piece of ice broke away and she fell into the water. 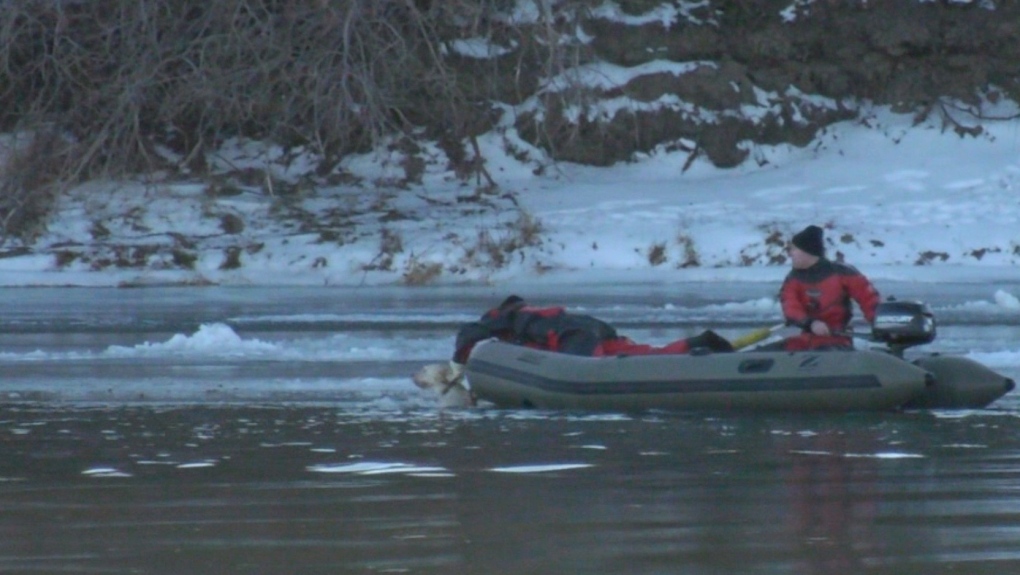 Being a Labrador, she loves the water and she’d gone in a couple weeks ago. She went in but there wasn’t an ice shelf. She went in and fell off the ice shelf and couldn’t get back in,” Phillips said.

There were some tense moments as firefighters were staging for the rescue, the dog could be seen struggling against the current and bobbing in the water.

Two fire fighters in a rescue boat managed to pull her out of the water. 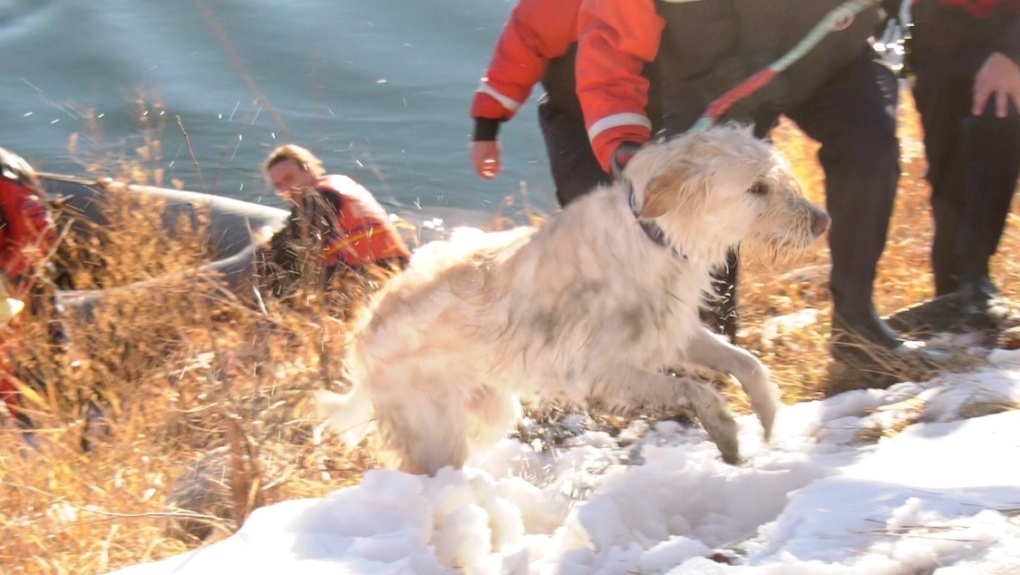 The dog was brought ashore and reunited with its owner.

“I’m so thankful because in a sense they’re risking their lives,” Phillips said.