A Saskatchewan woman is making her mark on a global stage after one of her nature photographs made the the top 10 at the World Photographic Cup (WPC).

Deborah MacEwen, who lives in Warman, is one of three Canadians to have her work featured in the competition. Her photo in the nature category was taken in September 2019 and features a whale tail popping out of the ocean in front of blue Alaskan mountains.

“I just felt instantly that it was gonna be a nice one, everything just kinda came together. The name of it is ‘Coalescent’ and that’s actually the meaning of it. When everything comes together to make something good,” MacEwen told CTV News.

This is the first time Saskatchewan has made it to the top 10 and MacEwen’s first time entering the competition, saying the overall experience was exciting.

“I just couldn’t believe it and not just so much that the image was picked, but to be representing Canada is pretty amazing,” MacEwen said.

MacEwen was adopted at four years old and didn’t have photos of her early years, which led to her passion for photography and documenting life and capturing happy moments. 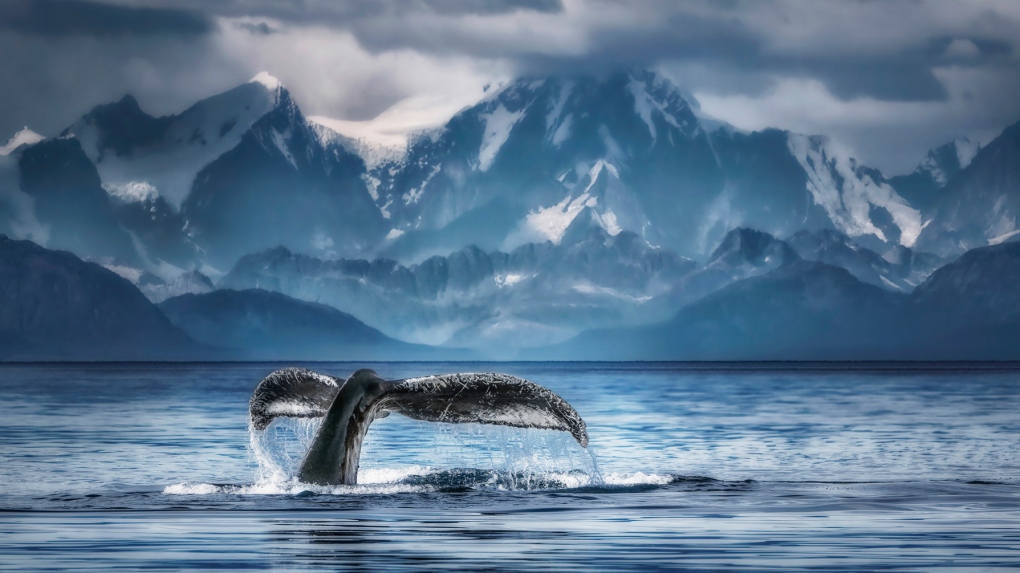 At the start of her career, MacEwen photographed weddings, babies and engagements to make a living but eventually took a chance to focus on her true passion, wildlife and nature photography.

“I don’t think people in Saskatchewan realize the wildlife and the birds we have here. It is just mind-boggling and actually, until I started doing this, I didn’t realize it myself,” she said.

Jillian Chateauneuf is the co-captain of WPC Team Canada and says nature is a hard category as it includes nature, wildlife and landscape. She said the fact MacEwen’s photo combines those elements helped it make it past the initial curation process.

“It’s almost like she’s captured that category perfectly for the World Photographic Cup because it’s wildlife and landscape and she’s put the two of them together in one image which is amazing,” Chateauneuf said.

MacEwen now has a chance to stand on top of the podium with a gold, silver or bronze medal at the final WPC ceremony in Rome in March.

The other two Canadian photographers include Louis-Phillipe Provost from Quebec in the commercial category and Michelle Valberg from Ontario who is also in the nature category.

“It’s like the Olympics of photography is really what it feels like, so to represent your country … nothing makes me more proud, it’s just so exciting.”

Onlookers urged police officers to charge into the Texas elementary school where a gunman's rampage killed 19 children and two teachers, a witness said Wednesday, as investigators worked to track the massacre that lasted upwards of 40 minutes and ended when the 18-year-old shooter was killed by a Border Patrol team.

The six candidates on the ballot to be the next leader of the Conservative Party of Canada are debating face-to-face in French, in Laval, Que.

Beto O'Rourke confronts Gov. Abbott on shooting: 'This is on you'

A news conference about the shooting at a Texas elementary school broke into shouting Wednesday as Democratic gubernatorial candidate Beto O'Rourke blamed Republican Gov. Greg Abbott for inaction ahead of the latest in a long string of mass shootings in the state.

Prime Minister Justin Trudeau cancelled plans to appear in person at a Liberal fundraiser in British Columbia Tuesday after RCMP warned an aggressive protest outside the event could escalate if he arrived, said a source close to the decision. The source spoke to The Canadian Press on condition of anonymity because they were not authorized to discuss the situation publicly.

'How to Murder Your Husband' author found guilty of murder

A jury in Portland has convicted a self-published romance novelist - who once wrote an essay titled 'How to Murder Your Husband' - of fatally shooting her husband four years ago.

Who controls the price of crude oil?

Do oil companies control the price of crude? CTVNews.ca asked experts to explain.