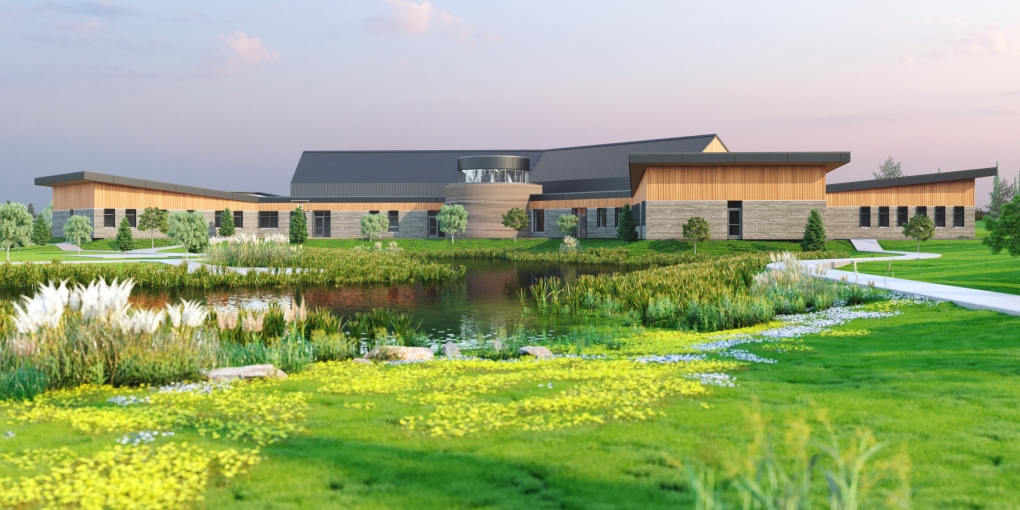 LAC LA RONGE --  The construction of a new Lac La Ronge Indian Band Wellness, Healing and Recovery Centre is providing employment to people in their home community during the COVID-19 pandemic.

A member of the Lac La Ronge Indian Band, Derek Jacobsen, says he’s previously had to travel to other provinces to work as construction worker. He says finding work in his home community during the pandemic has helped him and his family.

“I love to be able to be at home, and I get to build this great project and help out the community, and be a part of it. It’s a good thing,” said Jacobsen.

The Chief of the Lac La Ronge Indian Band, Tammy Cook-Searson, says she’s pleased some local people are being employed by Wright Construction in the first phase of construction.

The majority of steel workers on site are not from the area, however, and more local labourers and skilled tradespeople will be hired as the building progresses.

Cook-Searson says she's also looking forward to local addiction counsellors transitioning to the new building, and hiring some new employees to work in the operation and maintenance of the facility.

“The other thing that we look at is the long term sustainable employment that it will employ," she said. "Right now we're projecting just the starting will be $1.7 million in wages and benefits, with the employment that will be created."

Senior Project Manager Kyle Krushelniski with March Consulting Associates Inc. says the building plans include space for 30 administrative staff and support services. He estimates 40 local jobs will be tied to the centre.

“Construction is planned to be completed by the end of November 2021," he said. "We would expect the first intake of patients in the first quarter of 2022."

The 2,012 square metre facility is being built near the Jeannie Bird Clinic. A sweat lodge will also be built nearby and utilized by the centre. Cultural practices, traditional ceremonies and indigenous healing will be incorporated into programming.

The 24-bed treatment centre is open to people from the area regardless of ethnicity, gender or age. There will be different groups to allow for gender separation. Clients will stay at the centre for four to eight weeks, and then follow up with after-care services in their home community.

“Admissions criteria are still being developed, but this is planned to be a flexible facility that can adapt to the current community needs,” Krushelniski said.

Cook-Searson says the community has been advocating to the federal and provincial governments to build a treatment centre for addictions in northern Saskatchewan since 2006.

“The need is very high for mental health and addiction services, not only in our community, but all across northern Saskatchewan,” Cook-Searson said. She hopes the centre will help a lot of people on their healing journey.