'I feel confident we’re in good shape': Staff have 599 things to do before new Sask. children’s hospital opens 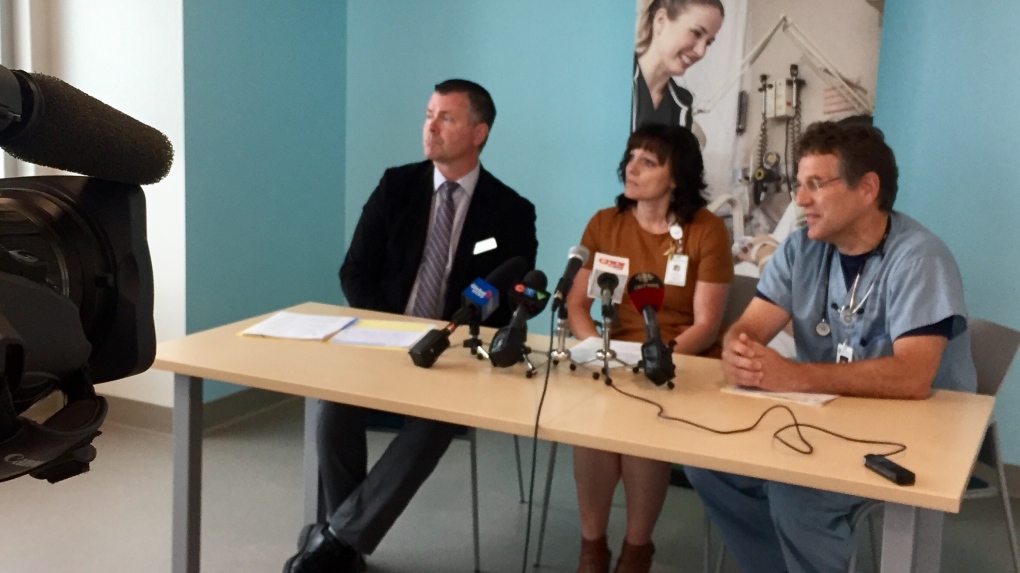 A previous version of this story said that only maternal and emergency services would move to the new hospital on Sept. 29. This is innaccurate and has since been corrected.

Saskatchewan’s new children’s hospital opens its doors in just over a week, but staff still have plenty to do – 599 things, to be exact.

The Saskatchewan Health Authority (SHA) said as of Wednesday 599 action items needed to be addressed.

"We have a priority process for each of those. Anything that’s a ‘priority one’ will be ready for day one … I feel confident we’re in good shape," said Carrie Dornstauder, the executive director of maternal and children’s provincial programs.

"It may be as simple as, 'Do we have enough lockers for nurses? Do we want to move a desk or chair? Are we waiting for an extra computer screen?'"

The SHA said it’s also working on addressing the serious concerns psychiatrists raised about the design of the facility.

Earlier this month, psychiatrists who toured the hospital identified some potentially dangerous areas for children with mental health issues at risk of suicide.

Some of the concerns included inadequate sightlines from nursing desks and unlocked cupboards that could be used for self-harm.

The SHA said it is addressing the psychiatrists’ concerns by creating a mobile nursing cart, so nurses can have a line of sight on patients who don’t have a view of nursing desks. The SHA is also adding locks to cupboards.

"We will need some contingency plans," Dornstauder told reporters on Friday morning.

"It would probably mean bringing some resources to patients to make sure they’re under constant supervision for those we can’t manage on day one, we do have some work to do after we move into the hospital."

How will staff relocate hundreds of patients?

The Jim Pattison Children’s Hospital is scheduled to open on Sept. 29.

The SHA said all inpatient services, pediatric emergency and the RUH adult emergency department will move into the new hospital on Sept. 29. Pediatric surgeries, outpatient services and specality clinics are expected to begin on Sept. 30, with the exception of pediatric orthopaedics which will transfer in January.

Staff have also created routes from RUH to the new facility that have been timed for best efficiency.

"It happens every day, this move idea. For example, you’re up on the third floor and need to have a surgical procedure," he said.

Moving mass amounts of medical equipment into a new building isn’t something that happens often, however, so the SHA has hired Health Care Relocations, an international moving company, that has been a part of about 500 moves.

The last clinic from RUH is expected to move into the Jim Pattison Children’s Hospital by January.