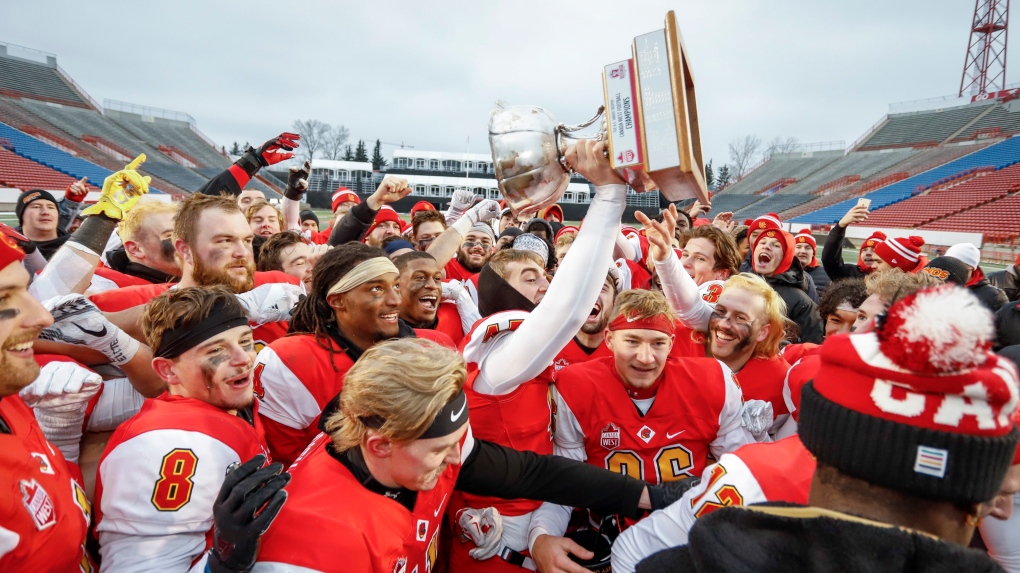 SASKATOON -- The University of Saskatchewan Huskies faced a tough loss Saturday evening, losing the Hardy Cup to the Calgary Dinos.

The Dinos took home the Canada West honours with a winning score of 29-4.

Both teams played tough defence in the games’ first half with the score sitting at 4-1 for the Dinos.

The second half saw the Dino's begin to take over, finishing the game with a score of 29 to 4.

The Dinos victory marks the school’s ninth conference win in the last 12 seasons and the team now holds a total of 18 hardy cups.

The loss marks the end of the Huskies’ 2019 season. Calgary will advance to the Mitchell Bowl where they will play the McMaster Marauders next week.