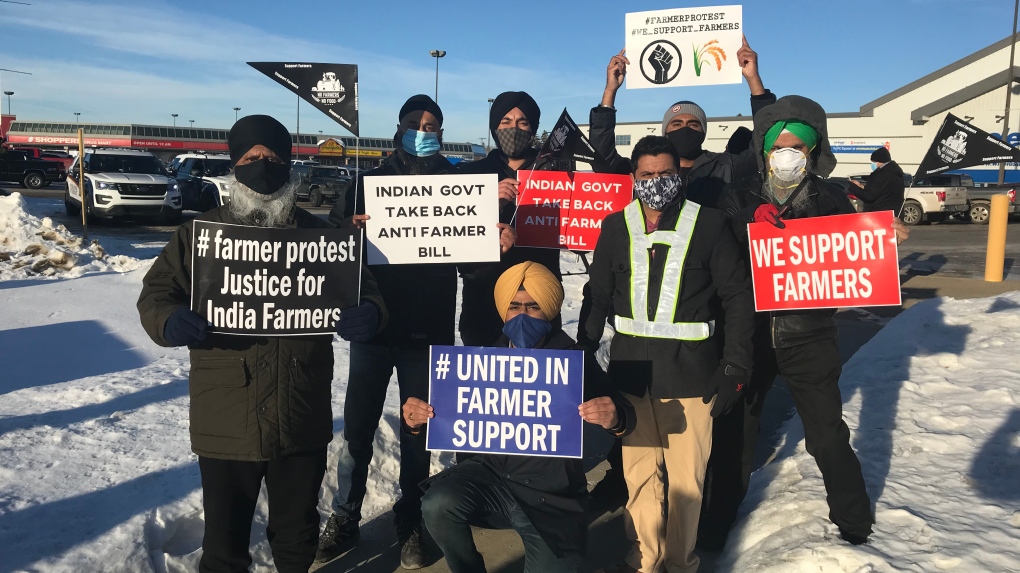 SASKATOON -- The sidewalks out front of the Real Canadian Superstore on Eighth Street were packed with peaceful protesters supporting farmers in India.

“The Indian government brought three controversial bills against the farmers,” said Manny Sadhra, one of organizers of Saturday morning’s protest.

“They are against this bill because the government never considered and talked with the farmers before they brought this bill.”

Sadhra said that in India farmers are protesting, facing some opposition from the government.

Many of the Saskatoon group are from India and showed up Saturday to show their support, Sadhra said.

According to organizers, more than 200 people lined the sidewalks, many with signs reading “United in farmer support” and “no farmers, no food.”

Sadhra said the protest had a Facebook page to organize everyone and only 30 to 40 people said they were going to show up, leading to a surprise when the sidewalks began quickly filling up.

“We are really glad that so many people came today, we really appreciate it,” Sadhra said.

“We are also Indo-Canadian right? We have friends and family from back home. We are showing them that we are supporting from all over the world.”