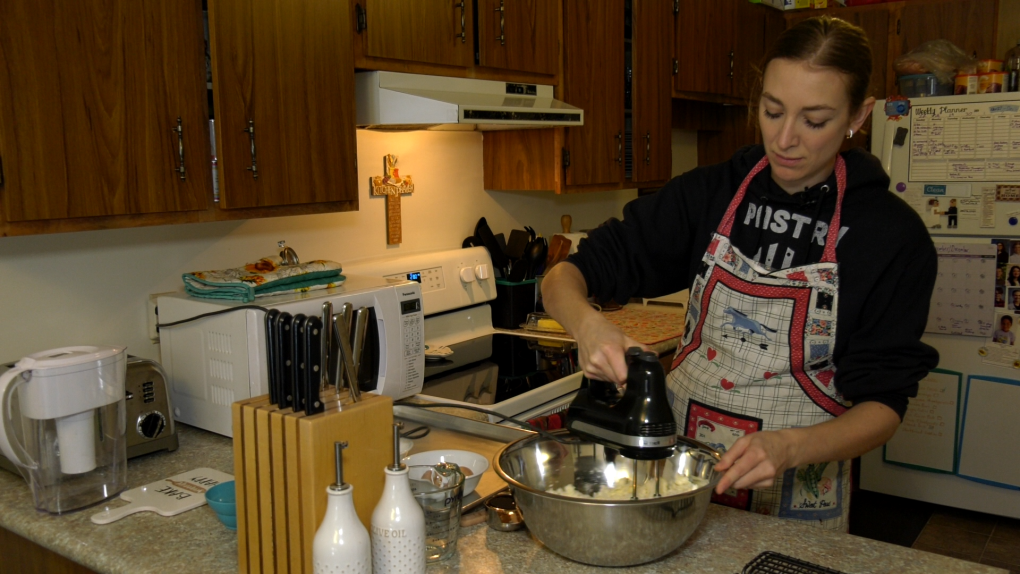 Baker Erika Rybinski has raised over $20,000 for charity since she started her non-profit bakery in Humboldt in 2020.
Humboldt -

Christmas came early for a charitable baker out of Humboldt after her oven stopped working properly.

Erika Rybinski founded her charitable bakery Pastry and the Piano in 2020.

“All of the proceeds that we collect go to different families in need in Saskatchewan or other charity projects,” said Rybinski.

Since its creation she’s raised approximately $20,000 for local and global projects, including relief for James Smith Cree Nation and school supplies for children in Ukraine. Currently she’s raising funds for 14-year-old Charlie Neilsen from Melfort who is battling Leukaemia.

“I know that her heart is in it, she’s not just doing it for the recognition. She’s doing it to help out and that really means a lot,” said Charlie’s grandmother Cyndi Neilsen.

Rybinski was inspired to help others by her grandmother Stella Powalinsky, who passed away in September. Powalinsky and her husband founded the Haven of Hope Home in Kinistino for children with intellectual disabilities.

“Stella is probably my greatest inspiration,” Rybinski said. “Grandma spent her entire life caring for the residents of the Haven of Hope Home until she could no longer. The residents called my grandma mom.”

While trying to carry on a legacy of helping others through baking, Rybinski noticed her oven wasn’t working correctly.

“Four minutes...and the cookies are supposed to bake for eight. So I tried turning around the cookies in the oven and nothing worked,” said Rybinski.

She took to Facebook calling on people to share deals they saw for ovens, or asking if anyone is looking to offload theirs after an upgrade.

What happened next was a Christmas miracle.

A-Line Furniture in Humboldt received a call from a buyer looking to remain anonymous.

“Somebody looking to make a purchase for Erika,” said A-Line Furniture co-owner Justin Lockhart “They picked a stove, arranged delivery, and we gave Erika a call.”

Last week they left a voicemail with Rybinski, which she played twice to make sure she heard correctly.

“I think it was a group of people that came together and purchased this oven for me and put the warranty under my name which is amazing,” said Rybinski. “Totally moved and touched to the bottom of my heart.”

When Cyndi Neilsen heard of the good news, she was overjoyed.

“For us the fact that there’s so many people that are supporting her, and in turn supporting us, that all means so much to us,” said Neilsen.

Rybinski calls the people who purchased her oven, her “Christmas Angels.”