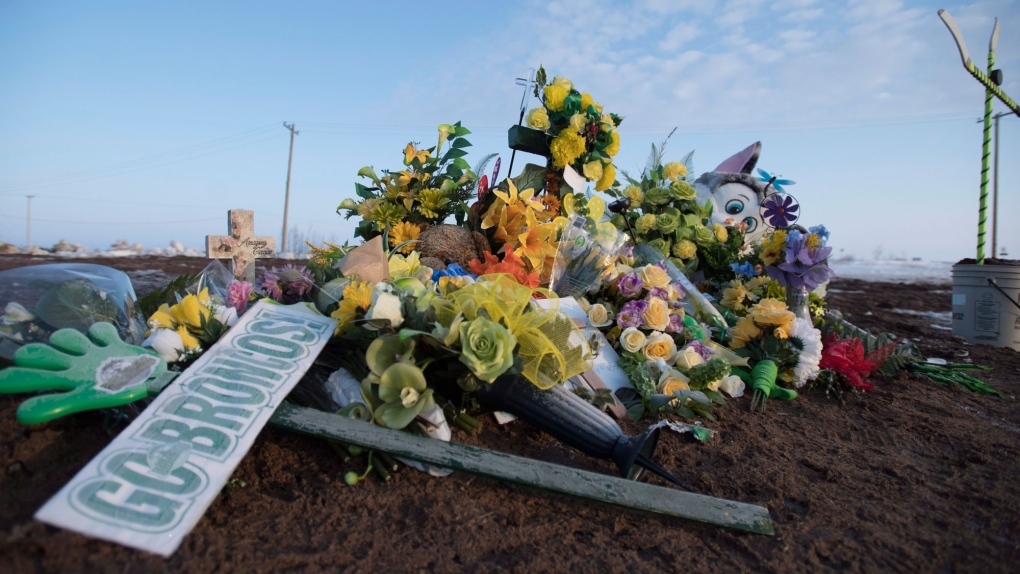 A makeshift memorial is pictured at the intersection of of a fatal bus crash near Tisdale, Sask., Tuesday, April, 10, 2018. THE CANADIAN PRESS/Jonathan Hayward

The health authority says this means their injuries are no longer considered to be life-threatening.

Sixteen people were killed and another 13 injured when team’s bus collided with a semi-truck on Highway 35 on April 6.