The book, titled Crossroads, features an image on its cover of Dahlgren standing at the intersection where a semi-truck collided with the Broncos' team bus in April of 2018.

In his conversation with CTV Morning Live anchor Stephanie Massicotte, Dahlgren explains why he ultimately decided to write the book and what he hopes it achieves. The interview has been edited for length and clarity.

An exciting day for you because this memoir does come out officially today. But this was a decision you didn't take lightly, turning down the opportunity to write a memoir at first but what changed your mind?

Yeah, it was definitely a hard decision to be thrown at (me). But for me what really changed my mind was the fact that people were telling me that my story really has made a difference in their life. And to me, that was something that I really didn't take lightly. People who literally told me I saved their life or that my story changed their perspective. And so I was actually sitting in a lecture one day with my professor, he said, if you want to make a change in the world, it starts with you. I remember that so vividly because I was like 'click' because I do I want to make a change in this world. I want to help out. So if I'm able to share my story and help others, then I think that'd be something positive. So, as where I kind decided.

Now was it difficult to relive those moments or was it a little cathartic?

It was difficult, and like there's definitely emotional parts where I had lots of issues getting the pen to paper, but it was more typing on paper. I had quite a few issues with that but it's also super cathartic in the end getting through those tough challenges and opening and being vulnerable to say there's so much strength in being vulnerable and having the courage to open yourself up to hopefully help others. So at the end of the day, I learned a lot of things throughout this process about myself, my family and people who have supported my life. I'm super grateful for all that.

Now this memoir goes much deeper than the crash, the adversity you faced long before your time in Humboldt.

I have lots of crossroads in my life. But I say for me it was started when I was four years old I was diagnosed with type one diabetes and totally I should not really play hockey competitively and to be careful if I'm doing, and then it kind of morphs into where as a child I lost one of my good buddies on my team. I also lost my personal trainer, my mentor who I looked up to and then it carries on to losing my dad when I was 16. So there's a lot of situations in my life that have faced adversity beforehand and had to have my mindset in check and make sure I was trying to find the positive in those times because it could definitely knock you down. But hopefully, I'm able to kind of show through the story that we tend to get through these tough times and that anyone who faces challenges in their life such as work, school, relationships, sports are able to get through it.

You talk about how important it was for you to live life to the fullest for those who can't. Anyone who follows you on social media can see that you're doing just that, set to graduate from York University this year, I believe. So what's next for you.

Yeah, I'm graduating this spring here and hopefully will be accepted to chiropractic studies. I'm in the application process right now. That's the future goal is to be a chiropractor I really want to make a difference in people's lives and have the ability to do that on a magnitude that is great because it's mentally helpful, physically helpful, and emotionally helpful and so if I'm able to be an aspect in all those lives and have that connection with an individual, I'll be the happiest, I'll ever be. 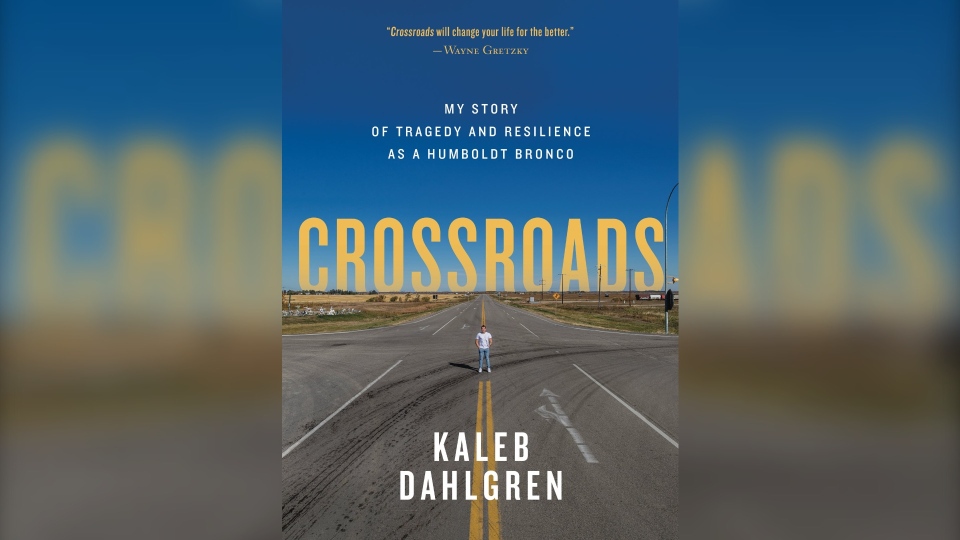 Now, the book is not only going to change people's lives and inspire them, just by reading it but a portion of the proceeds of the book are also going to STARS (air ambulance service) Why was this important to you?

Yeah, this was super important to me because actually never heard of STARS before April 6. They saved lives on April 6 and they save lives every day. I think there's nothing more powerful than a second chance at life and so if I'm able to donate some portion of the proceeds to them and hopefully they could have more awareness too, but also can save one person's life, hopefully. And that would mean the world to me.