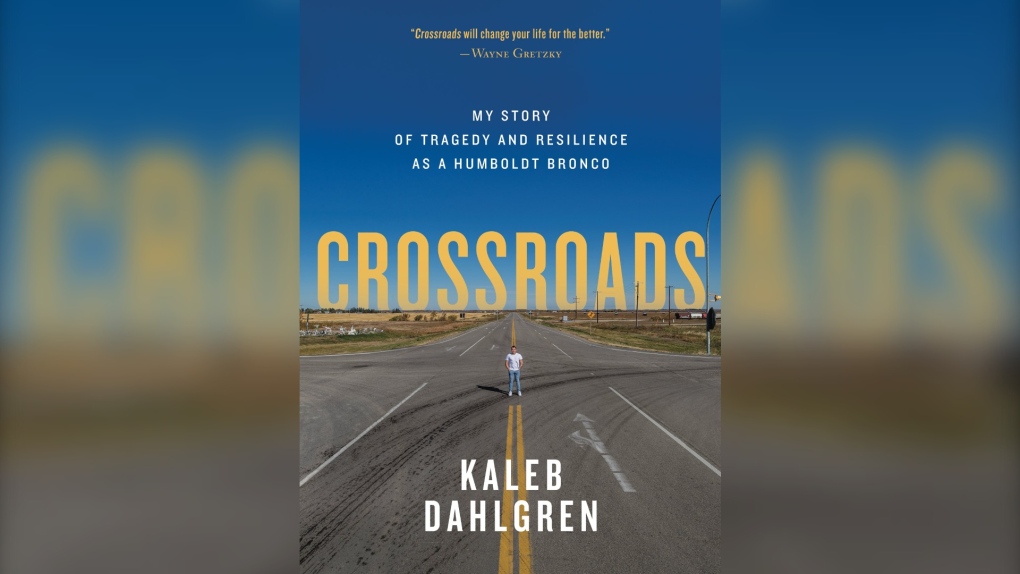 Kaleb Dahlgren says his memoir spans his life from childhood until the summer of 2019.

SASKATOON -- A survivor of the Humboldt Broncos bus crash has penned a memoir which will be released later this year.

"I am extremely humbled, honoured, and excited to announce that I have written a book," Kaleb Dahlgren said in an Instagram post.

In the post, Dahlgren said he was initially reluctant to take on the project when the opportunity was presented to him.

"I did not think I could do it, or I was ready to be vulnerable, or willing to put myself out there in the public eye," Dahlgren said.

The memoir, titled Crossroads, features an image on its cover of Dahlgren standing at the intersection where a semi-truck collided with the Broncos' team bus after running through a stop sign.

Dahlgren said the memoir is just one of 29 stories, but he hopes that it "helps someone when they face crossroads in their own life."

"There is nothing more powerful than a second chance at life."

The book, published by Harper Collins, will be released on March 16.

Dahlgren said a portion of the proceeds will be donated to STARS, the ambulance service that "helped save lives on April 6, 2018 and continue to every day."