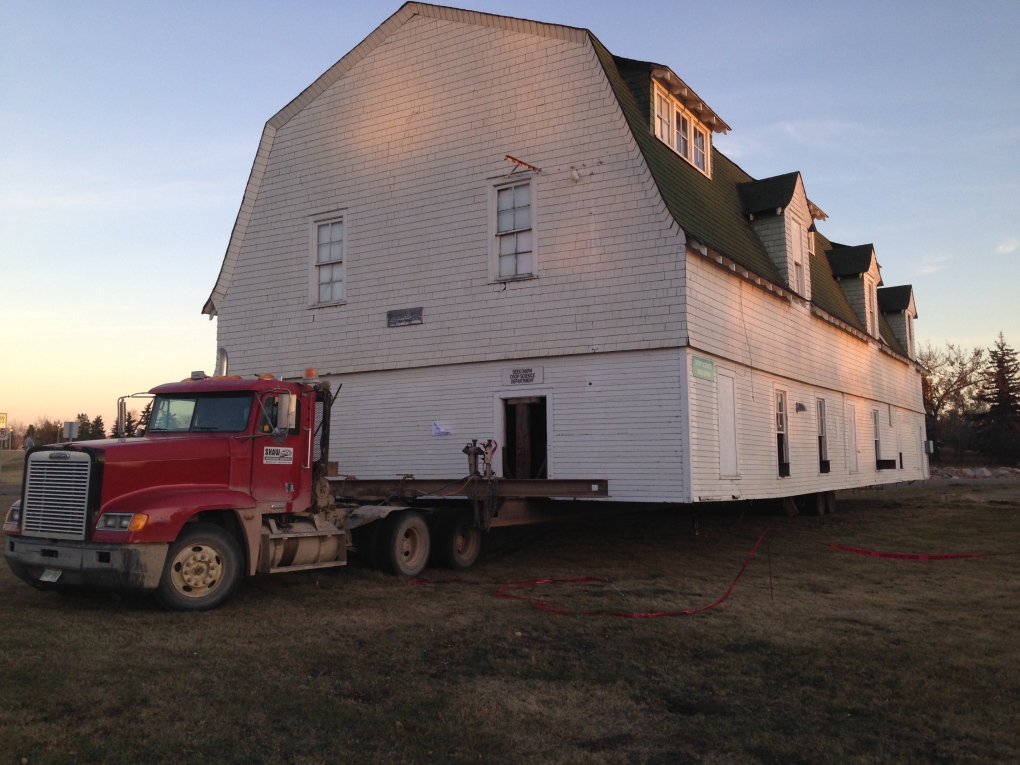 Saskatoon residents driving down College Drive today may have needed to rub their eyes to make sure what they were seeing — or weren’t seeing — was really there.

The barn was moved to the north side of East Road, just north of a new dairy facility, to make way for a new hotel on the College Quarter land.

“It’s going to look a little bit bare for a little while, but things do change,” said university director of planning and development Ron Cruikshank of the now empty space where the barn sat just yesterday.

He was happy the university was able to keep the historic building intact.

The barn will now be used to store equipment for the university’s grounds department.

Adam Shaw, owner of Shaw Building Movers, said the barn was one of the oldest buildings his company has ever moved, but not the oldest. He believes a train station his company moved from Govan to Strasbourg, Sask. may be the oldest.

“It was a typical day at the office,” he joked.

Shaw was just annoyed he had to wake up so early on his 37th birthday.

His crew spent the week preparing for the move, but the building was moved between 3 and 4 a.m. Wednesday morning.