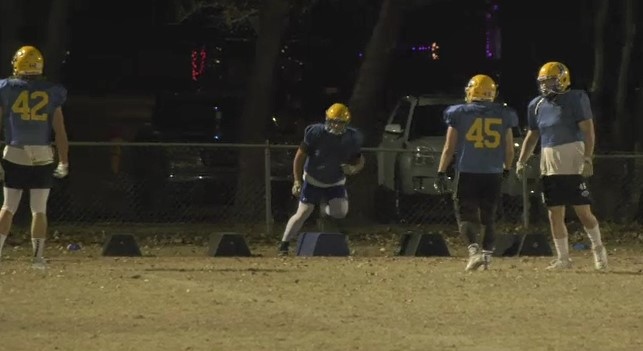 It was a thrilling win in the conference semi-finals last weekend for the Saskatoon Hilltops.

"I knew my number was getting called, so I just had to make a play for our fifth years and for our team to finish off the game,” explained receiver Dillan Henitz.

Heintz remembers a touchdown catch vividly, as it lifted the Hilltops to a wild playoff victory. While there's a little time to celebrate, a tough test in the conference finals looms.

“When Monday came we were ready back in the mindset to get to the grind this week, and get out here with the boys," said Heintz.

"The reality is we got the Thunder and we can't waste any minutes not preparing for them," the coach told CTV's Matt Young. "We need to put all our focus on them”.

The mindset has been forced to shift from triumph to preparation as the Hilltops hit the road to face a powerhouse Regina team that went undefeated.

The Hilltops lost both games to Regina this season by a three points. One loss was a heartbreaking defeat after a last-second field goal gave the Thunder a 16-13 win on Hilltops home turf. It's something Heintz remembers well.

"They came in and beat us at home, so we're going to go and try to do the same thing, and I think everyone thinks we're the underdog, which I mean, you got to like, you know we got to go into their barn.”

During the season both teams saw nearly identical stats when it came to net offence, total yards and time of possession. Coach Sargeant says the key for the Hilltops will be a steady running game, avoiding big plays from the Thunder, and getting into an offensive shootout.

The conference final goes Sunday in Regina at Mosaic Stadium.