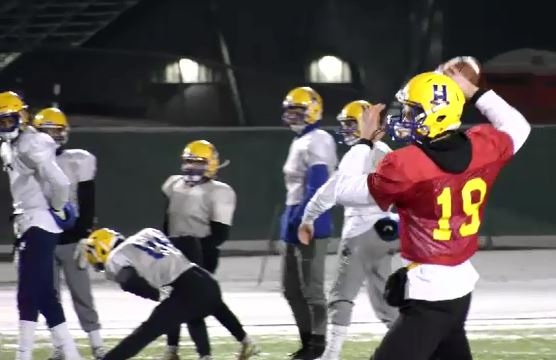 SASKATOON - The Saskatoon Hilltops face one final test in their drive for a sixth straight national title – a trip to BC to face the Langley Rams in the CJFL Canadian Bowl.

It’s familiar territory for both the Rams and the Hilltops. The teams clashed in last year’s national championship, which saw the Hilltops come away with a 58-21 win.

Both teams went undefeated in the regular season this year, before cruising through the playoffs. The Rams are coming off convincing victories over the Okanagan Sun and the Westshore Rebels, while the Hilltops won the Prairie Football Conference with victories against the Edmonton Wildcats and Edmonton Huskies.

On defence, the Hilltops and Rams allow an average of 13 and 11 points per game, respectively.

The Hilltops will likely be playing in much warmer temperatures than they’ve been practicing in this week. Saturday’s forecast in Langley is calling for showers and a daytime high of around 11 degrees.

“Elements are part of the game and we thrive on that, and we’re excited to take on whatever comes our way,” Hilltops Head Coach Tom Sargeant said at practice.