Highway 7 closed for hours after semi-truck flips in crash 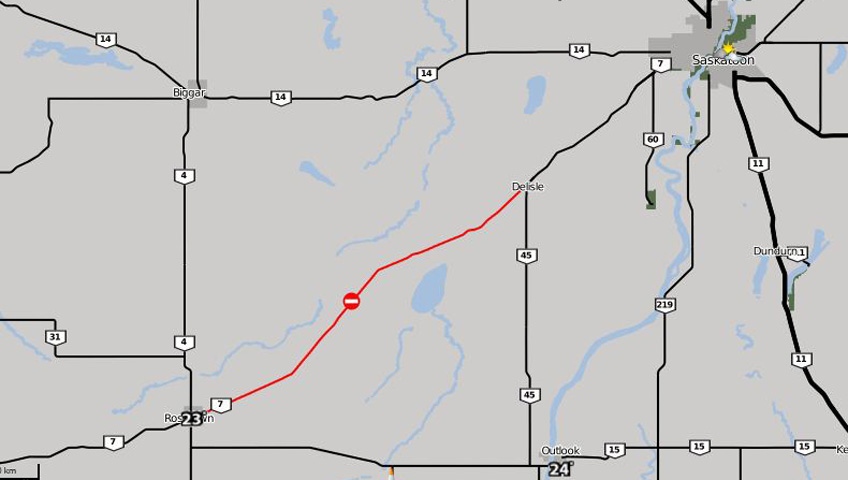 A central Saskatchewan highway was closed for over seven hours Friday following a three-vehicle collision that caused a semi-truck to flip onto its side.

RCMP were called to the crash on Highway 7 about eight kilometres east of Harris, Sask. around 2 p.m. A westbound SUV crossed the centre line and struck the trailer of an eastbound pick-up truck, according to police. The SUV then collided with an eastbound semi.

The 42-year-old driver of the SUV, who is from Calgary, was left trapped inside his vehicle and needed to be extracted from the SUV before he was transported to Royal University Hospital in Saskatoon. He was conscious and alert, according to police, and is being treated for serious but non-life-threatening injuries.

Several drivers in the area told CTV the semi was left lying on its side, blocking both lanes of traffic.

“There was about 100 yards of the highway covered in broken glass,” said Jennifer Robertson, who came across the crash just minutes after it occurred.

Motorists were detoured around the area. Saskatchewan’s Highway Hotline listed the highway, which runs southwest out of Saskatoon, as closed between Delisle and Rosetown.