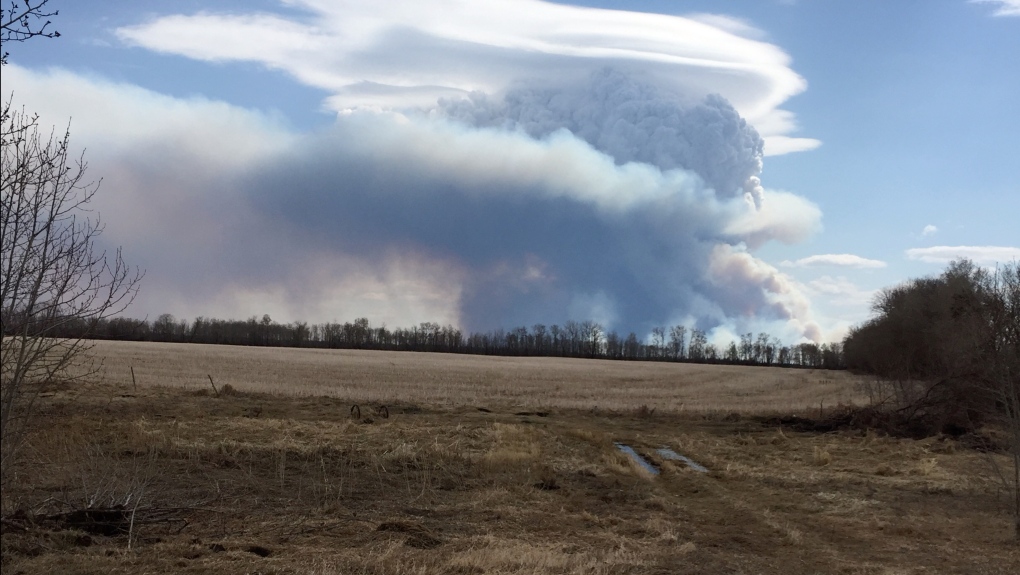 Smoke can be seen rising in the distance from a fire in Fort à la Corne provincial forest last week.

"We are seeing the fire in a much better state, its activity has reduced smoke which has allowed us to make much more progress on the ground both in constructing fire guards and fire direct attacks,” said Steve Roberts, SPSA acting vice-president of operations.

According to the SPSA the fire has been mapped at just over 41,000 hectares of land, 1,000 more than Wednesday’s total.

The rain in the region helped fire crews to gain access to the west side of fire which is currently the most active area due to high winds.

“As long as the fire does not react to high gusty winds which would change some of our tactics, then we can make good progress. We had great progress yesterday and we will likely see much better progress today,” said Roberts.

The agency says the forecast for the next couple days is promising and could help contain it.