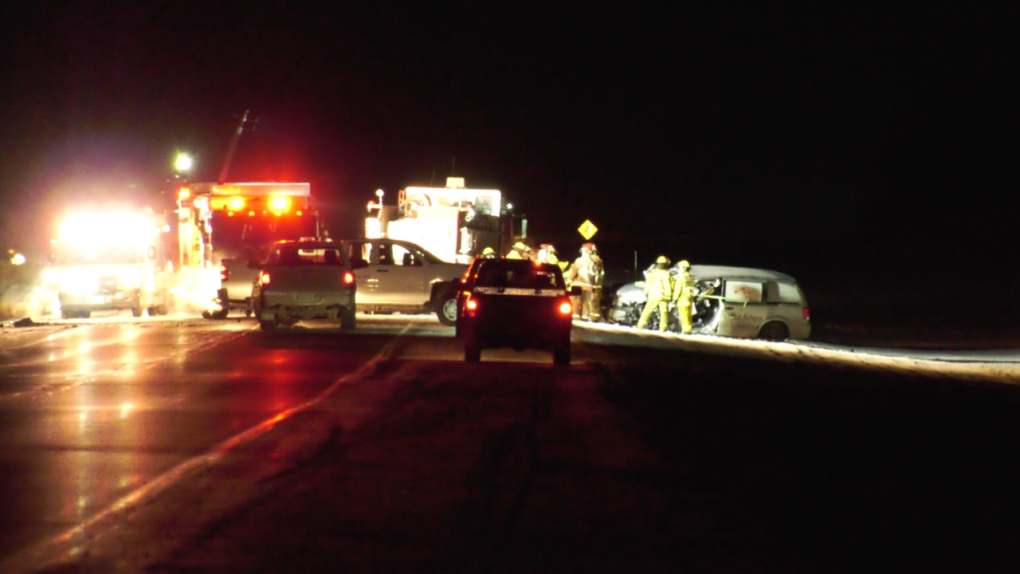 SASKATOON -- Three people are injured following a head-on crash west of Saskatoon near Grandora Sunday evening, according to the Saskatoon Fire Department.

In a news release, the fire department says it was called around 6:43 p.m. to a serious two-vehicle crash on Highway 14, 16 kilometres west of the city.

Stars Air Ambulance was dispatched around 7:10 p.m. and transported one person to hospital, the release said.

Two other people were injured in the crash, according to the Saskatoon Fire Department The severity of the injuries is unknown and there is no word yet on what caused the crash.

Traffic was re-routed off Highway 14.