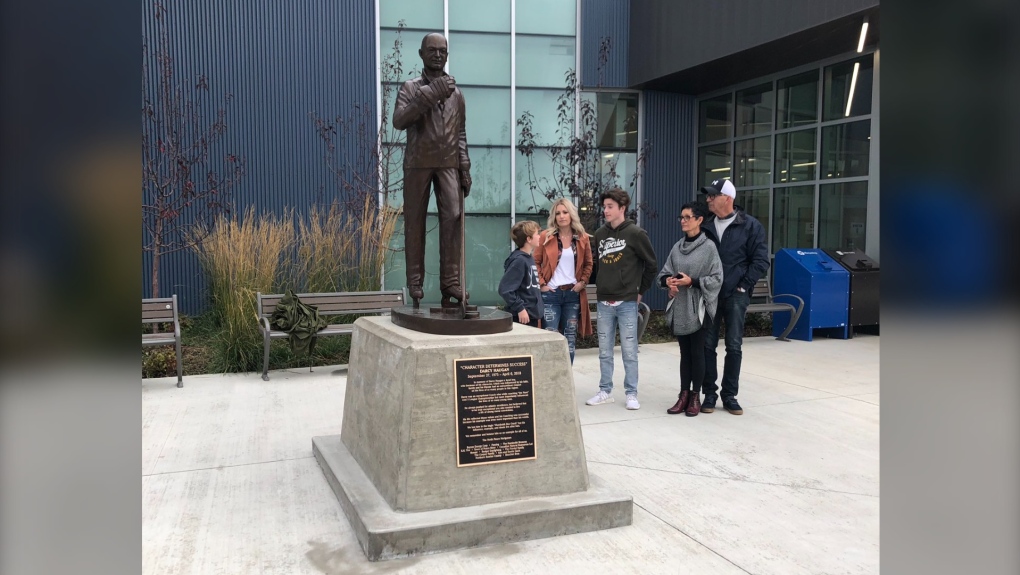 SASKATOON -- A victim of the Humboldt Broncos bus crash is being honoured in his hometown.

The bus crash on April 6, 2018 took the lives of 16 people and changed countless others. Head coach  Darcy Haugan  was one member of the team who did not survive the crash.

More than two years later, in Haugan’s hometown of Peace River, Alta., a statue in his image was unveiled in front of the local hockey rink, Baytex Energy Centre.

Haugan’s family was present during the unveiling, according to a Tweet from the North Peace Navigators.

Haugan was a founding member of the North Peace Navigators of the Northwest Junior-B Hockey League, coaching them from 2003 to 2015.