SASKATOON -- The community of Beardy’s and Okemasis Cree Nation (BOCN) is mourning the loss of 33 year-old Dale “Duder” Mike, a community sports leader and role model for First Nations youth.

He died in a single vehicle rollover earlier in the week.

“He is going to be sadly missed by the community. He worked and went over and above for the youth, spending endless hours with me at the rink in our office here. He was always trying to help everybody,” said Clayton Mandes Sr., Mike’s first cousin and co-worker. 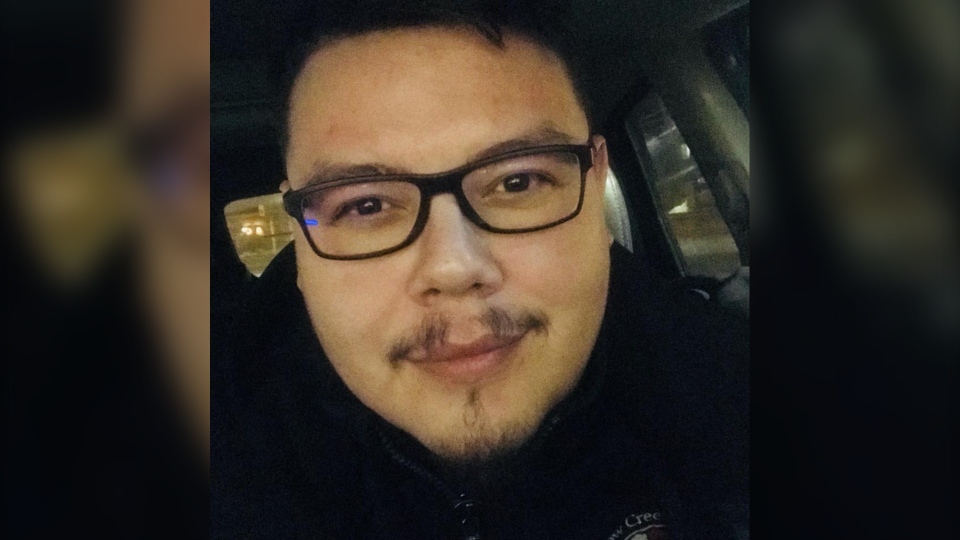 “He was in it 100 per cent and the youth just adored him and he was just their champion and everyone loved him,” said Suzette Smallchild, Mike’s friend.

Mike’s close friend, Corey Bugler, said he had dreams of becoming a pharmacist but then he found his true passion.

“He did a year of pharmacy and came back to BOCN as a youth coordinator and took over from the late Earl Cameron. Cameron left some big shoes to fill and Duder took on that position. He wasn’t shown how to do the job and everything we now have in Beardy’s is based on Duder.

“He built the relationships with the kids, he implemented so many things, Tony Cote Winter Games, FSIN Youth Soccer, the FSIN Adult Soccer Championships and the FSIN Youth Volleyball Tournaments and he helped run many of these events. It was a huge undertaking but it was what he loved to do,” said Bugler.

Bugler also talked about his strong connection in the community and many times, Mike would make sure to record Facebook Live videos for the parents who were unable to make it to their kid’s tournaments.

“He would go Facebook Live for almost every single game he was at and he was at a lot. That was one thing that he loved to do. He was not only the face and the voice of our sports here but it was for the kids too,” said Bugler.

On Monday, June 29 at around 3:15 a.m., Mike and a female 26 year-old driver were travelling southbound on Idylwyld Drive when the vehicle struck a guardrail, causing the vehicle to roll on Highway 16 and Idylwyld Drive.

Saskatoon Police Service says Mike was not wearing a seatbelt and he later died of his injuries in hospital. The woman was also sent to hospital and was in stable condition.

“I don’t really know what happened. It’s just a shock to hear that he’s gone. It’s hard because he’s family and my working partner. He always went to the city to help people but I don’t know what happened,” said Mandes Sr.

Earlier in the week, BOCN asked all the youth to play a sport outside in honour of Duder and Bugler said many kids made sure to go outside.

“I drove by and I could see all our youth playing volleyball and soccer. The impact was huge and he’s going to be missed so dearly,” said Bugler.

Bugler said Mike was also seen as a leader for gay and two-spirited youth and he helped many youth just by seeing Mike in his leadership role.

“He was two-spirited himself. This reserve, BOCN is very progressive. We have a gay pride parade and a gay pride powwow every year and when you have someone as positive and supportive as Duder was, it helps people to open up. Especially younger kids who don’t know how to express themselves,” said Bugler.

A wake for Mike is underway at Beardy’s and Okemasis Cree Nation’s Memorial Sports Arena/Veteran’s Hall.

“We’re encouraging all the youth to wear their BOCN winter games or summer games outfits and we’re going to make a sea of red and black at his wake in honour of him,” added Mandes Sr.

Mike’s relatives say talks are underway to have an event in Mike’s honour next year.

“I talked to the one soccer team here at BOCN to start an annual memorial soccer tournament next year. And they’re willing to do some of that work,” said Mandes Sr.

A traditional funeral will be held on Saturday at BOCN.

“If you got to meet him, he’s an out of this world character of enthusiasm and support and it carried onto his job,” said Bugler.