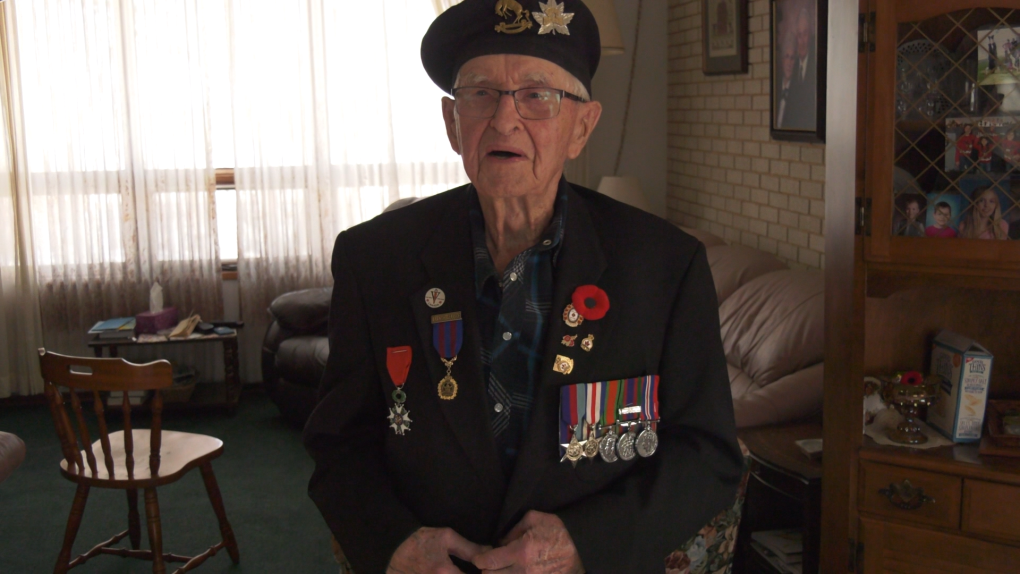 SASKATOON -- Arthur Ramshaw served Canada in the Second World War with the 8th Reconnaissance Regiment, scouting ahead of the Allied armies as they pushed through Europe.

While in England, Ramshaw met his future wife Betty at a dance. He thought she looked lonely so he asked for a dance.

After inviting himself over for a chicken dinner at her home the two became a lot closer, despite her mother’s reservations about her bringing home a Canadian boy.

“I said ‘I’ll be up for Sunday dinner.’ Oh was her mother mad, brining one of those foreigners in there.”

After the war the two moved to his family land just outside of Watrous. The couple raised three children, two boys and a girl.

Ramshaw, who is from Nokomis, recently celebrated his 102nd birthday. He has been living on his own since Betty died in September 2019, but he still manages to drive into town nearly every day to meet up with friends for morning coffee.

He is filled with stories from his time driving an armoured car in the war, when there was uncertainty around every corner and every new country he entered.

He recalls pulling over once and parking over top of two land mines, narrowly missing both. On another occasion he accidentally drove a vehicle off the boat he was on, forcing him to swim to shore and wait for hours to be picked up in chilly February weather.

A key to a long and happy life is working hard, something he learned growing up in Saskatchewan, he said.

He wants to tell future generations the importance of getting a good education and a good job, he said.