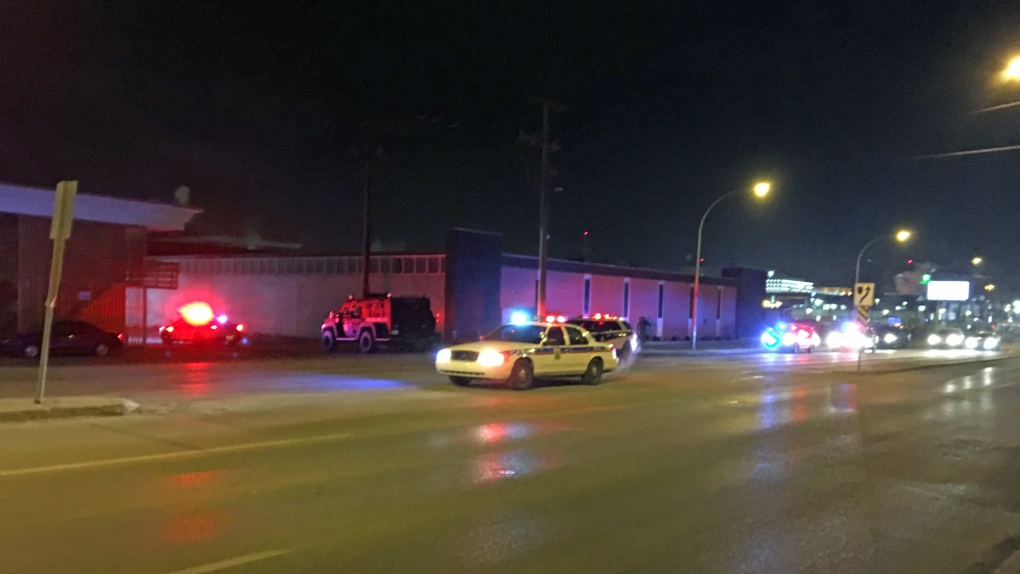 A gunshot police believe was fired at officers at the Northwoods Inn prompted a heavy police presence along Saskatoon’s Idylwyld Drive Thursday night.

Officers investigating a suspicious vehicle at the motel on Idylwyld’s 600 block heard a single gunshot at about 6:30 p.m. The shot, based on evidence at the scene, was directed toward the officers, police believe.

The officers took cover until the tactical unit’s armoured BearCat vehicle arrived on scene and Idylwyld was shut down between 25th Street and 29th Street.

Residents of 16 rooms at the motel were detained and sent to city transit buses as police investigated. Seventeen people were detained in total, according to police.

A man and a woman, both 25 years old, were arrested during the investigation, but no suspects were taken into custody in relation to the gunshot.

The scene was cleared and residents were allowed to return to their rooms at about 1:30 a.m.

No one was injured.