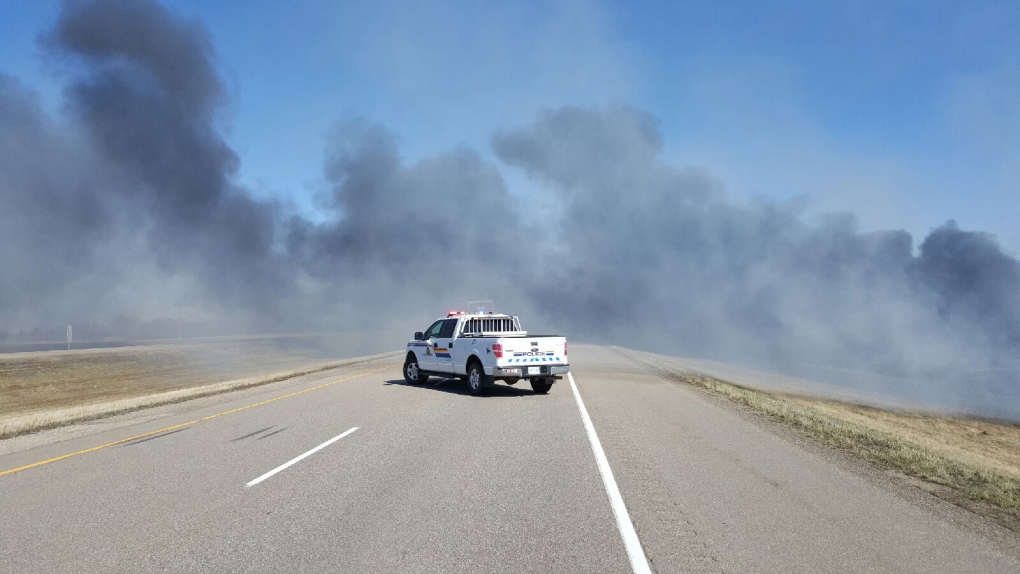 Police are investigating after a grass fire destroyed more than a dozen scrap vehicles and prompted the closure of Highway 16 in Saskatchewan on Monday.

RCMP say an off-duty officer alerted Mounties in Maidstone, Sask., of the fire at about 3:30 p.m. The fire, which was burning near the town of Paynton, started on the south side of the highway before crossing to the north, according to RCMP.

Smoke was significantly reducing visibility on the road, which prompted officers to block the highway until about 5 p.m. when fire crews from Maidstone and Paynton had contained the blaze.

Paynton was never at risk and no homes required evacuation, police said. About 15 scrap vehicles at a nearby business were destroyed in the flames.

Two passersby and a local resident assisted emergency crews. An RCMP media release did not provide details about the three men’s efforts but said they “greatly assisted those who were first on scene.”

The Maidstone RCMP Enhanced Policing Unit will be investigating the blaze, the media release stated.

Paynton, which is located in west-central Saskatchewan, between Lloydminster and North Battleford, is under a partial fire ban. Mounties are reminding residents to be mindful of local fire bans and to maintain supervision of fires at all times.