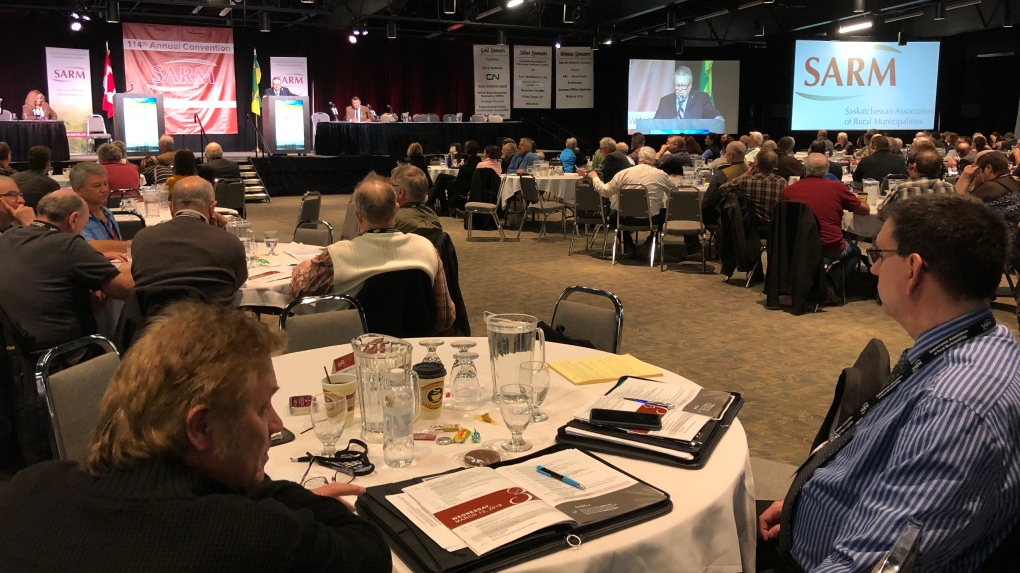 Gasoline and diesel used on farms will be exempt from the federal carbon tax, according to Regina-Wascana MP Ralph Goodale.

“That problem must be fixed by the first of April,” he said while addressing delegates at the annual Saskatchewan Association of Rural Municipalities convention.

Goodale, the only Liberal MP in the province, was met with boos from the crowd when he took the stage at Praireland Park in Saskatoon Wednesday afternoon.

Rural leaders at the event asked questions about canola exports, the U.S. steel tariffs, and the carbon tax that is set to take effect on April 1.

Many raised concerns about how they feel the tax will take money away from the province.

Goodale explained the money comes back to every household in Saskatchewan this spring in the form of a climate action incentive.

Goodale said on average, families will owe around $400 and will get back over $600, and that number will continue to grow over the next four years.

“I hope everybody can fully hear all sides of the discussion,” said Goodale. “I’ve heard yours, I understand your point very clearly.”

Earlier this month, China barred imports of canola seed and other products from Richardson International. China said its decision to halt imports was due to fears of pests and bacteria.

Canadian officials disagreed, saying there is no evidence of contamination.

“It is a very serious problem and it’s one that the Government of Canada attaches a very high priority to,” Goodale told reporters.

Goodale said the government has invited China to produce evidence that demonstrates their allegations, but China has yet to do so.

“It is important to keep this within the confines of a science-based discussion because on the basis of science, Canada is clean as a whistle,” Goodale said.

When asked if China’s move was political, Goodale said China did not present it as a political argument, instead presenting it as purely a contamination issue.

The SARM convention comes to a close on Thursday.