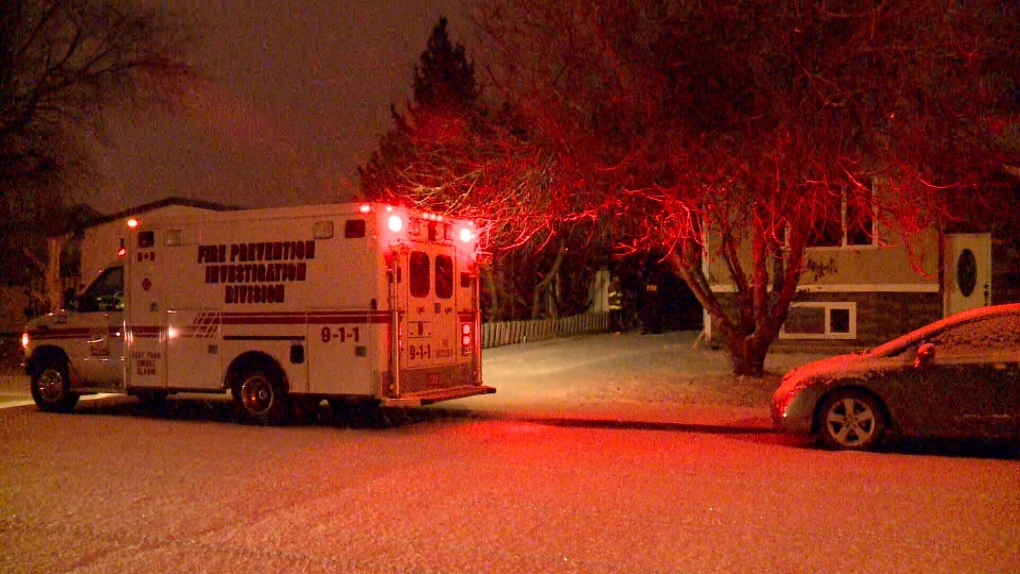 Investigators say a garage fire in the 200 block of Albany Crescent Sunday evening resulted in $75,000 in damage.

Firefighters were able to save a River Heights home from being engulfed by flames Sunday evening.

Crews arrived at a home on the 200 block of Albany Crescent at approximately 6 p.m. to find a detached garage on fire and flames spreading to the nearby house, Saskatoon Fire Department said in a news release.

Firefighters worked to extinguish flames that had spread to the attic of the house and to prevent the further spread of fire to the house before shifting focus to extinguish the garage.

The single-car garage was destroyed by the fire while the house sustained mostly exterior damage.

The occupants of the home were able to escape without injury before firefighters arrived on scene.

An investigation showed the fire was caused by unattended cooking taking place inside the garage.