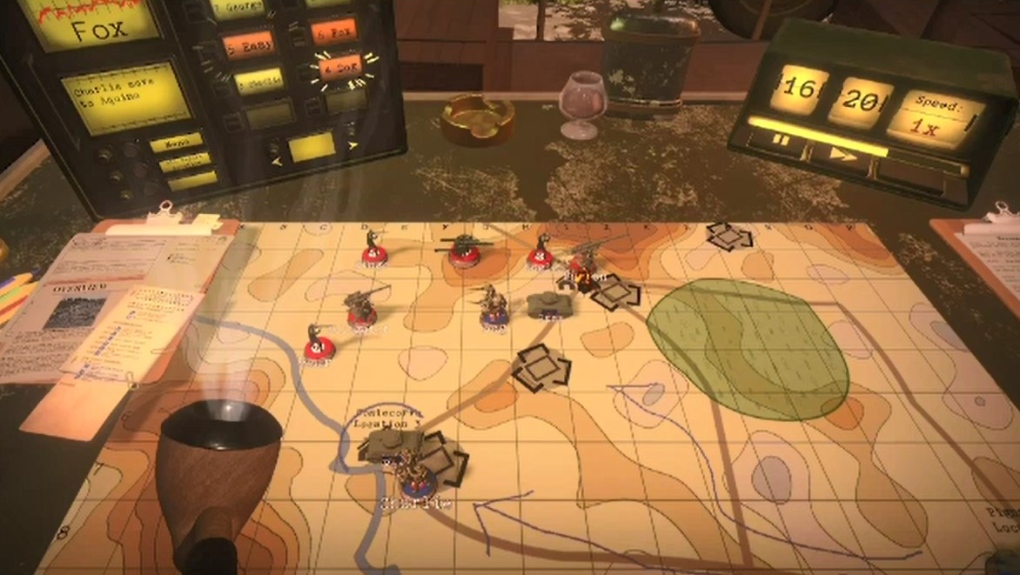 A locally produced video game is on the ballot for Best Learning Game in the Games for Change awards.

“Unlike other strategy games where you can see where your units are, you can’t see where they are at all. You have to actually to ask them over the radio by speaking into your microphone and giving them commands,” Long says.

Long says it’s meant to simulate what communication might have been like during the war, when phones and radios were the only way get information.

He adds the game has a strong educational focus to help people learn about the role of Canadians, as the game includes real historical photos, videos and documents.

“We do give out free CD keys for educational purposes and the game is currently being used in a few local public high schools for their World War Two history module.”

The player also controls Canadian troops, something Long says is rare in the genre.

“I’m a fan of World War Two games and such, and basically none of them cover Canada. We’re always lumped in with the British. We did serve with their armies and stuff, but we’re always lumped in with them, and other games like Call of Duty also always focus on you know, the Americans, the Russians, the British. The Canadians barely get like a footnote in the pages of history.

“So I thought it would be really cool to make a game about Canada since I’m from Canada.”

Long says Radio General has been a commercial success as well, getting about 16,000 downloads on Steam.

The Atari VCS console is being released June 15 in the United States.

A news release says the system will be available via Best Buy, GameStop, Micro Center and the official Atari VCS website.

The Atari VCS will have support for 4K resolution, 60FPS, onboard and expandable storage, Bluetooth 5.0 and USB 3.0 support.

However, few details have been mentioned about whether Canada is included in the U.S. release.

If you’re interested in pursuing esports and gaming scholastically, NASCAR has formed a partnership with Stay Plugged IN to bring a three-part scholarship series to students in the U.S.

Stay Plugged IN is a leading organizer of collegiate recruiting events in the United States.

“Over the summer months, Stay Plugged IN will organize and produce two amateur tournaments where participants have the opportunity to compete in front of collegiate recruiters from around the country,” says a news release from NASCAR.

The partnership will also facilitate a game creation competition to teach students coding to design games, as well as resume building and other learning opportunities.

Part of the partnership will be a game creation competition where students learn to use coding to design games through the use of a coding platform. The partnership also creates resume building and experiential learning opportunities for students wishing to apply their skills at the collegiate level.