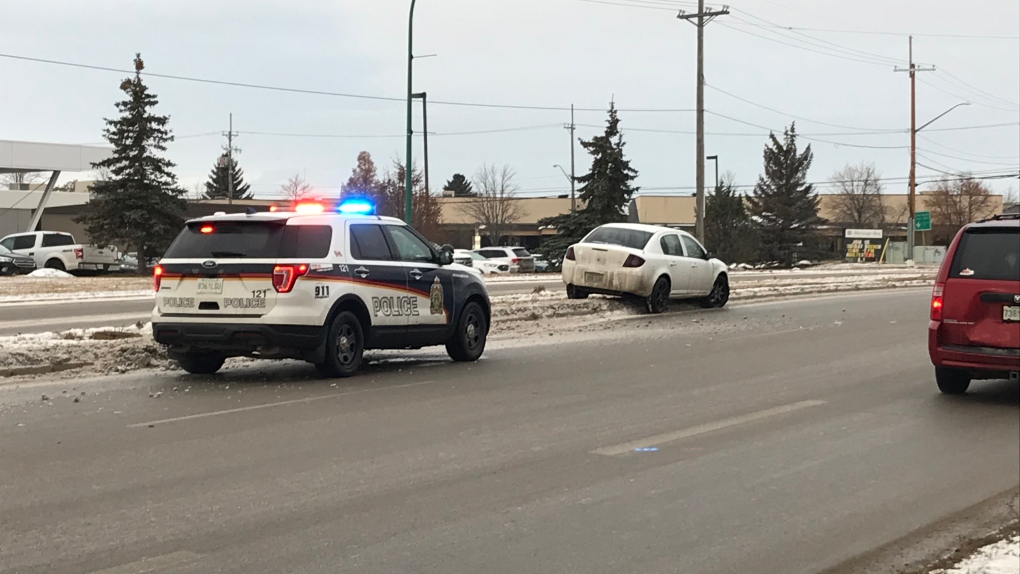 A car stuck a median on Airport Drive in Saskatoon Friday morning.

SASKATOON - In the wake of a freezing rain warning issued by Environment Canada drivers faced a slippery commute Friday morning.

A single-vehicle rollover led to traffic restrictions in the northbound lane on Circle Drive, north of Taylor Street. It's not yet known if anyone was injured,  a Saskatoon Police Service news release said.

Officers responded to 15 crashes in total Friday morning, according to police.

Outside the city, two people were injured, one seriously, after a two-vehicle crash on Highway 14, west of Saskatoon, according to RCMP. The crash forced the closure of the highway.